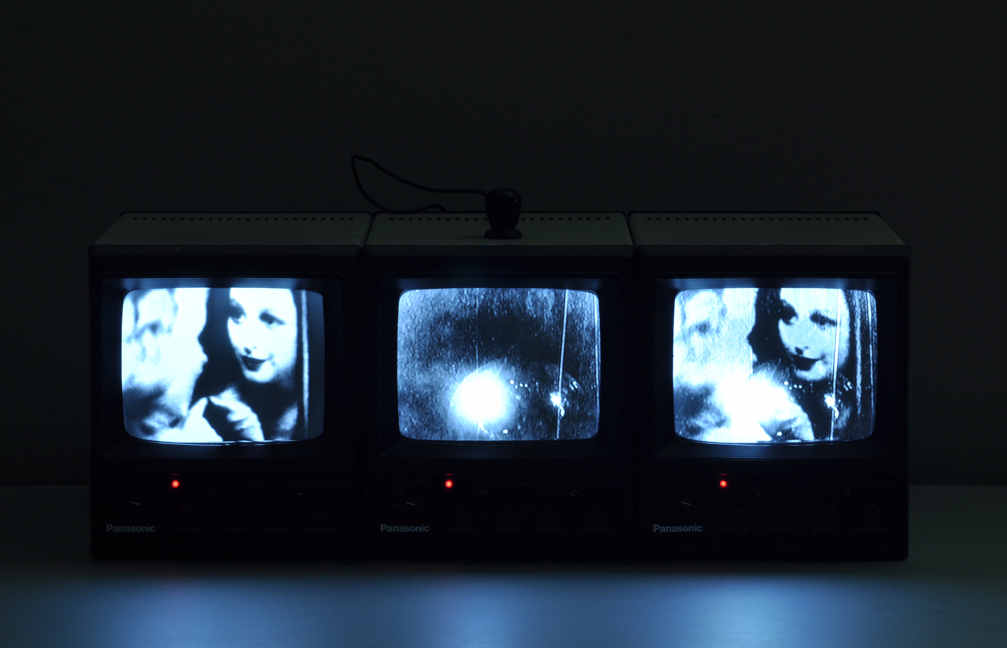 The MCA’s 12 x 12 program has shown some admirable breadth in its programming. This time it brings in experimental musicians Haptic with video artist Lisa Slodki. Haptic, comprised of Steven Hess, Joseph Clayton Mills and Adam Sonderberg, have been making music together since 2005 and collaborating with video artist Lisa Slodki since 2007.  Slodki, who has a performance background, said she got into video after attending electronic music shows and watching the poor “intersecting geometric shapes” that accompany them.

Her videos comprise looped VHS of digitally altered tape that are simply mixed together. Using contact microphones and light sensors, the musicians of Haptic digitize, mix and modify the sounds of Slodki’s videos. Haptic and Lisa Slodki will be performing two more times this month, on Tuesdays at 7pm. In the collaboration’s artist’s talk at the MCA they revealed that the first performance was a more “narrow and distilled version” that pares it “down to its basic processes.” Each subsequent performance will add a few more elements and instrumentation to the mix.

Using randomized signals, Haptic manufactures a type of emergent phenomena, creating and separating tones. Haptic stayed away from rhythm or melody and instead slipped in and out of deep, long, densely layered sounds. Slodki’s videos mixed in a collection of small black-and-white monitors where scenes of fireworks eventually reveal themselves to be flak gunfire interweaving with archival video of faces and hands. The distortion of the output saves the sources from falling into nostalgia because of their vintage feel.  Instead, the images of flashing lights and the ambient sonic hum border on the cosmological. The performance makes the electronic signal into a pliable medium, organizing the electronic hum of daily life. But this has been a subject for art since the days of the Portapak. While Haptic and Slodki aren’t paving new ground, it’s good to remember that omnipresent media aren’t as monolithic as they appear. (Dan Gunn)

Through November 29 at the Museum of Contemporary Art, 220 E. Chicago Ave.