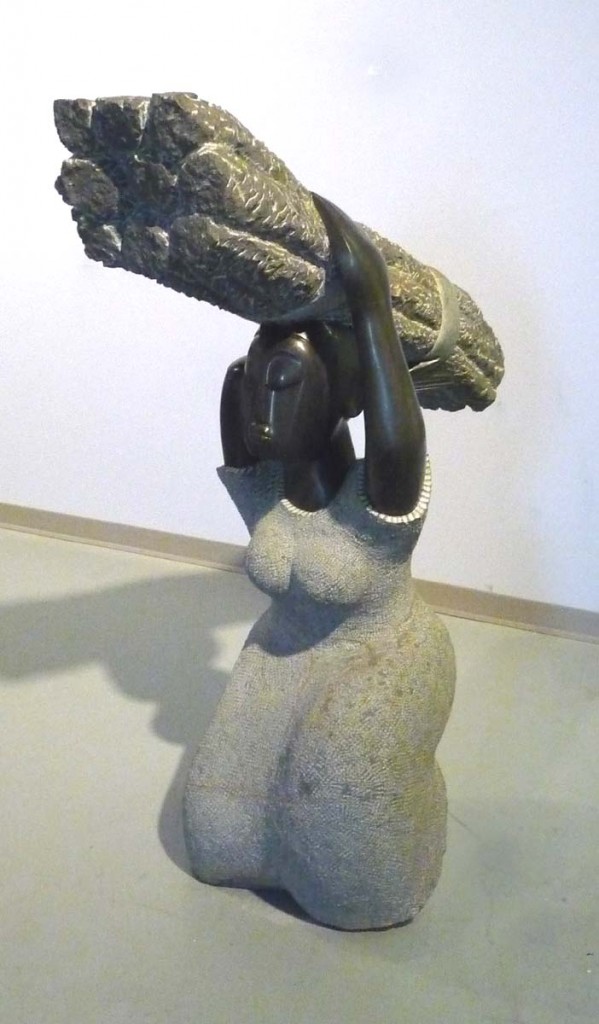 In 1952, Frank McEwen, on the recommendation of Herbert Read and Pablo Picasso, became the first director of the Rhodes National Gallery in Salisbury, Rhodesia. Shortly thereafter, in the museum’s basement, he began the Workshop School that gave birth to a tradition of stone carving that still flourishes today. Shona sculpture is kind of African, but it’s also kind of modernist European (it got a show at the Museum of Modern Art in 1968). And thanks to some savvy marketing, it has become mostly decorative, likely to be found in gift shops around the world. This doesn’t mean that all of it is tourist trash. The Nyanhongo family has set a high standard for design and craftsmanship, and one of the sons, Gedion, has now moved to Arizona and is showing his work in Chicago. It lacks the edginess and formal power that made African sculpture so important to European modernists a hundred years ago. Instead, his large stone statues feel like an Africanized Art Deco, with special attention paid to the colors and patterns of the material. Thematically, his poignant native figures are searching for that peaceful normalcy that has tragically eluded Zimbawe in the post-colonial era. It’s sculpture that very much wants to be liked. So why deny it approval? Despite its decorative qualities, its message is insistent: I want to live. (Chris Miller)