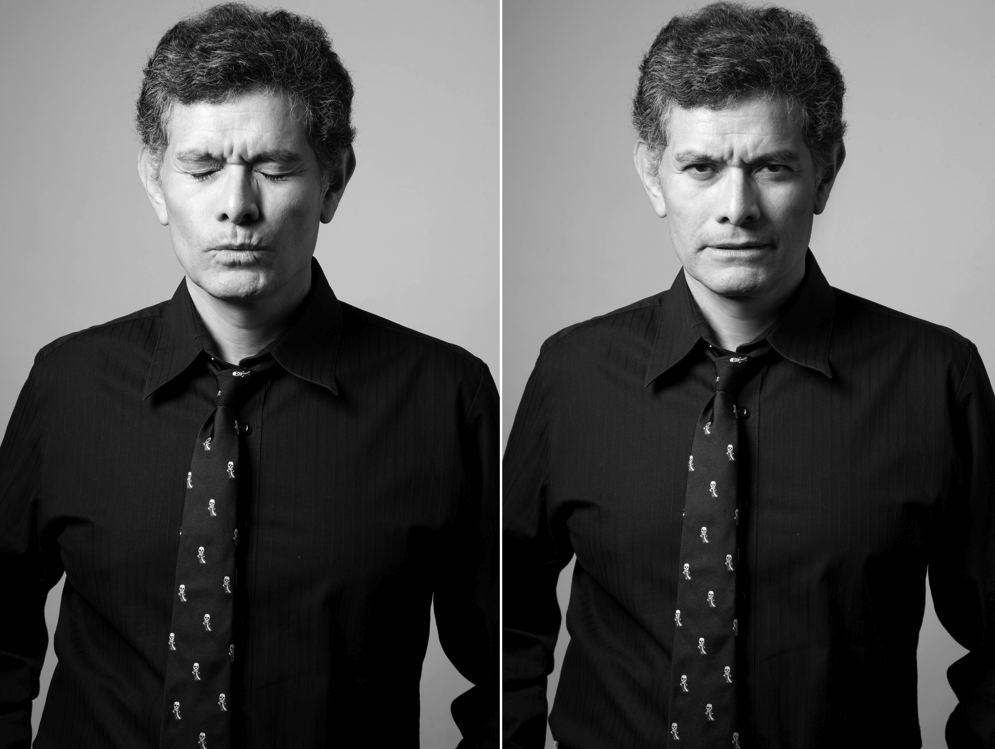 Blending formality and informality in her approach to the photographic portrait, Maria Ponce hit upon the conceit of shooting Chicago TV news personalities out of stage dress, yet let them pose as they wished, creating images that hover between promotional headshots and playful snaps. We see all the old and new familiar faces—twenty-six of them, including Maria’s father Phil Ponce (WTTW), Bob Jordan (WGN) and Jay Levine (CBS)—in black-and-white diptychs; all of the subjects appear to be trying to look as hip and cool as they possibly could, according to the ways they interpret those two qualities. The one impression that stands out is that these trained performers will not surrender control over their images, even as they seek to loosen them; they are calculating in their projection of fun. In his star turn, father Ponce closes his eyes, draws in his face, furrows his brow, and purses his lips in feigned intense reflection in the left image; and stares intensely, with head forward and straight closed lips in the one on the right, with only a hint of ironic humor peeping through in either shot. TV never lets you let go all the way. (Michael Weinstein)