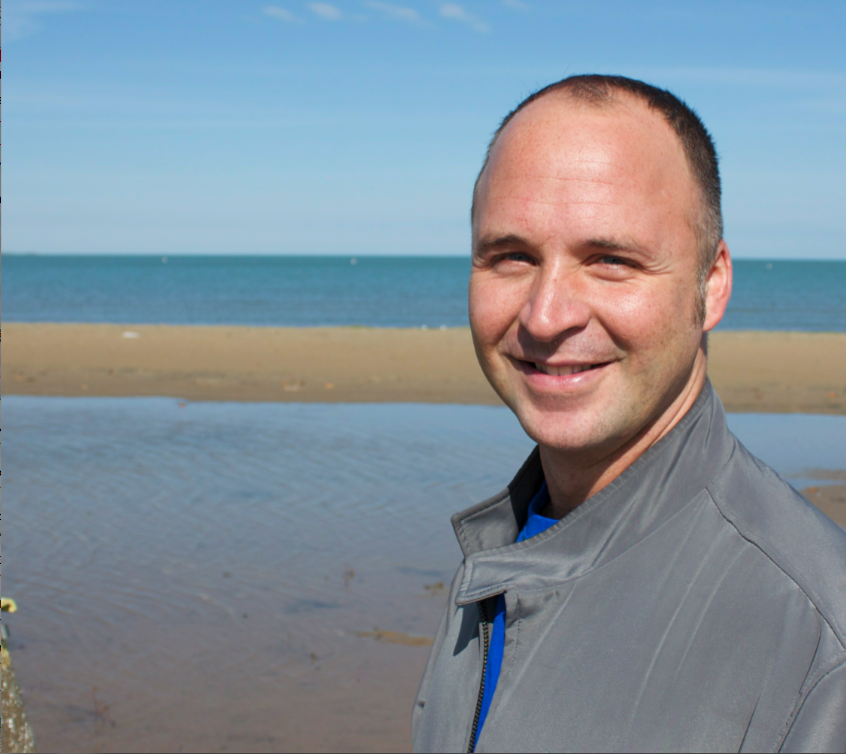 Through fifteen color photographic portraits, John Cotter achieves his two aims of showing that being HIV positive does not necessarily lead to panic or despair, but can also provoke affirmation of the days left to live; and of calling attention to the truth that HIV is still around, working its stealthy way and wreaking its havoc. Cotter gets close up and shows us men who have faced the music and have come out of their rude awakening seemingly stronger and more reflective than they were before the bad news hit. Confidence and sometimes exuberant smiles are rife, and the subjects’ statements in the wall texts sound a common theme that knowing that one has a terminal illness can engender a sense of proportion and a change of values. The model father, Jay, who sits next to his son, Daniel, beams broadly, as Daniel smiles wisely, lovingly and supportively. Jay reports that “Daniel knows how to lift me up with a hug or a kiss.” Do not expect irony, victimology, or pity here; Cotter is after inspiration. (Michael Weinstein)