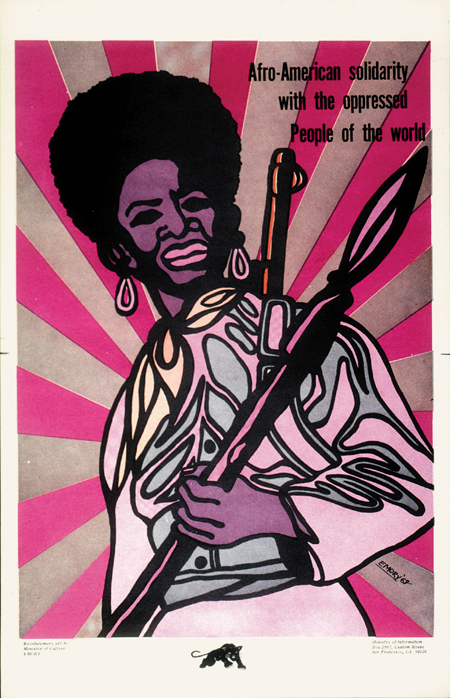 It has been forty years since the murder of Fred Hampton, and the 2300 block of West Monroe Street has since become as insignificant as any other on Chicago’s West Side. The two shots that ended the life of the Deputy Chairman of the Illinois chapter of the Black Panther Party punctuated just one episode in a much larger saga of turmoil, short-lived triumph and eventual tragedy surrounding this notorious group of political activists.

The more insolent and hostile of the Panther’s activities, like their public brandishing of automatic firearms, have been burned into our collective memory, while their grassroots efforts to internally organize black communities for the benefit of said communities—which was, as everyone remembers, one of the main bullet points on Obama’s resume during his run to the White House—are astonishing given the success of their efforts in areas where government had, by the 1960s and seventies, simply resigned itself to failure. That the Panther’s self-organized “free breakfast” programs were more successful at feeding poverty-stricken school children than the entire State of California poses an alarming paradox to anyone seeking to simply eschew radicalism for its unconstructive violence. Now, as time places us at a safe distance from the threat—of both violent destruction and substantial change—associated with the Party’s platform, the tenders of our cultural legacies have begun to revisit the forty-year-old Panther phenomenon.

“The Black Panther” was the Party’s mouthpiece writ large. The weekly newsletter released from 1967 until the early eighties by the party’s official Minister of Culture, Emory Douglas, became a means of seeking solidarity with neglected blacks struggling in the ghettos of the United States, and all those neglected and struggling abroad. Douglas’ work as the primary publisher, designer and illustrator for the newsletter has secured his status as the Party’s foremost visual representative. After two major Douglas exhibitions in the past two years, one held last year at The Los Angeles Museum of Contemporary Art, and another this fall at the New Museum in New York, now comes a third, organized by The Center for the Study of Race, Politics & Culture at the University of Chicago, this one a much smaller-scaled exhibition of Douglas’ posters. The current show does not contain original documents, as seen recently in “Paper Trail” at Gallery 400, nor sketches attributed to Douglas, as did the shows in LA and New York, but the potency of his images remains in these digital iterations owing to their inherent reproducibility. Douglas was trained as a graphic artist at the City College of San Francisco, which led him to develop a keen ability to deliver potent messages in visual form. His dense, black line and simplified colors (a result of commercial printing methods) constructed a portrait of black individuality, be it male or female, young or old, that could persevere in light of the overwhelming hardships.

This portrait of perseverance also contained a penchant for gun-toting self-reliance that extended, in nearly every appearance, to women, and in some cases children, but the faith in violence these images posit has worn away in recent years. The exhibition closes with a few examples of Douglas’ recent work. One image provides a general and rather generic call for peace endemic to the most recent Bush era under the slogan, “No war.” Another puts a few words into the mouth of our most recent president, picturing a similarly generic image of Obama reciting an apology for slavery on behalf of the nation. Douglas’ treatment of Obama lacks the polish of the campaign propaganda efforts, enlisting designers like Shepard Fairey, on the President’s behalf, but implies that with poverty still as rampant, and conditions still as troublesome, among black Americans as they were forty years ago, what is needed is not hope and more symbolic-gestures, but symbols to inspire real action.

“All Power to the People! The Revolutionary Art of Emory Douglas” shows at DOVA Temporary, 5228 S. Harper, through January 2