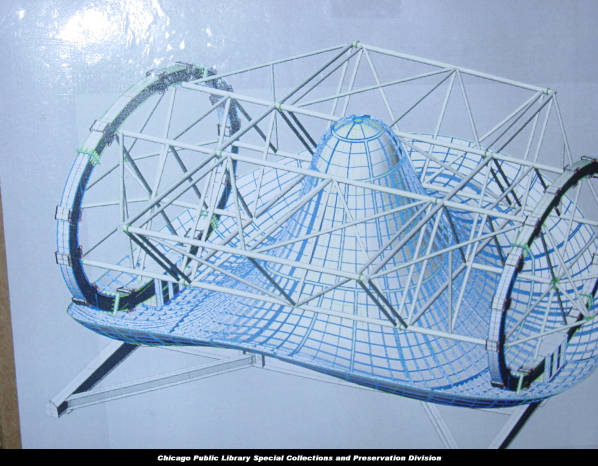 If you want to eat the sausage, don’t visit the sausage factory, so the old adage goes. The same might apply to viewing this exhibit of color construction photos that show the building of the admittedly alluring postmodern structures that dot Millennium Park. The show is dominated by the raising of the seamless, sheer and shiny bean-shaped Cloud Gate to which the magnetized multitudes flock to shoot photos that capture their subjects and their reflections, with the added bonus of the photographer’s reflection—meta-photography for the masses or simply a mirror for the cameraless. When we see the guts of the Gate take shape, we are confronted with huge masses of support beams that are anything but sparkling, and intimidate rather than invite. This is not to demean the Gate or its skeleton or the photos, but just to say that only when we go beneath the surface do we see the whole picture, which is something that is not surprising when we think of what is under our own skins. (Michael Weinstein)