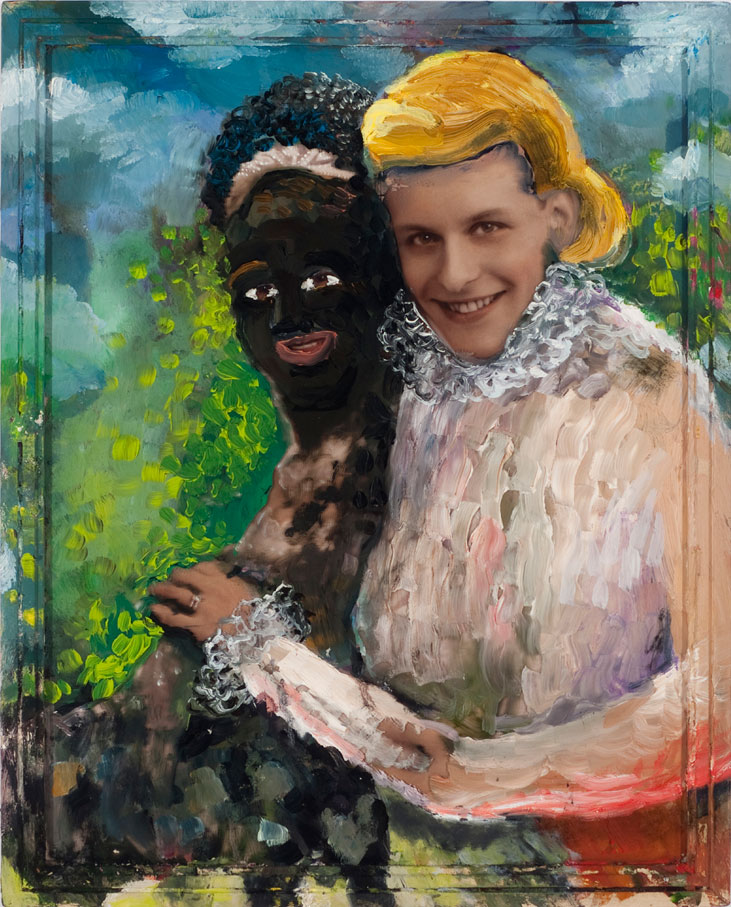 For a show ostensibly dealing with portraiture, there is a decided absence of actual faces in the work on view at Lloyd Dobler Gallery’s current exhibition, titled “To Face.” Better to think of the show as presenting contemporary portraiture’s two faces—one side proposing that subjects can be fleshed out by rendering people, and the other purporting to get at the subject through a more oblique, abstract approach. For this show, Alice Tippit and Andrew Holmquist take up the latter’s mantle with rewarding, nonrepresentational paintings. While Holmquist’s small paintings are wholly engaging on their own terms, they do not achieve the sense of subjective psychology that Tippit’s analytical compositions possess (though this may be in part due to her witty titles that solidify the seemingly random lines into a clear narrative). And while I can appreciate this way of making portraits, the works in the show that present the human form are more satisfying overall. For example, Autumn Ramsey’s untitled oil painting on a found framed photograph has a variety of layers and surface finishes, in addition to being a really spectacular double portrait in a garden setting. And Ben Fain produces some engagingly strange figurative-assemblage sculptures. Unfortunately, they are yoked to a nearly unbearable video documenting a recent performance at a suburban homecoming parade. The video’s premise, a coroner conducting an autopsy of a rival player atop the float and occasionally tasting the bloody innards, has promise but the execution is too slow and does not linger long enough on the really fantastic sculptures created as stage sets. The work that most succinctly and successfully sums up all the various strategies on view are Ian Hokin’s peculiar paintings on paper. Lurid and lush in their implementation, they reveal an alien taking a shower or the artist ingesting a line of cocaine through his eye socket. The images and accompanying expository text are humorous and trippy, evidently because the artist conjures the ideas in sensory deprivation tanks and immediately translates the experience into paint. (J. Thomas Pallas)