I lost my notebook of ideas. They say that if a person truly had the supernatural power of mind-reading, then a stranger’s brain would appear as a jumble of perceptions and associations, the contexts of which are sensible to the thinker only. That’s a close description of what’s inside my notebook. My thoughts live weird, malformed lives there. Maybe the notebook is jammed beneath the seat of the rental car, or sunning on the side of a mountain where I went hiking. “In case of loss please return to____. As a reward $____.” I left those spaces blank.

But I may not have needed my notebook after all. Most of the art spaces in Los Angeles were closed for the balmy winter, and the few museums that I trekked to were disappointing at best. A massive photography show organized around the themes of landscape and portraiture suffered for being too general and vague. A Joseph Beuys retrospective proved unconvincing. His aura does not reside in his art objects. 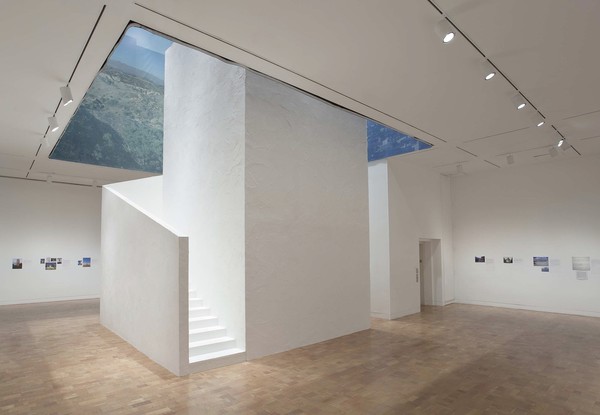 At LA’s Museum of Contemporary Art’s off-site location, at the design center, I experienced an architectural folly built for show, a non-functional, ornamental structure that presided over the small exhibition space. Viewers ascending the spiral ziggurat to a small outlook were afforded a faux view of Los Angeles, via collaged photographs, including orange panels signifying smog.

Los Angeles itself is a huge art performance, so the obvious art spots, like the museums and galleries, can feel too removed. I grew up in that sprawling suburb-as-city, yet I’m still often amazed by what I experience there. The whole place seems to be an architectural folly. My sister and I returned to our childhood home, which we haven’t resided in for fifteen years, but sometimes we stalk it. We just drive by and point to old neighbors’ homes and remark on how things have changed or not changed at all. This time we parked the car outside the graying house and dared ourselves. What if we knocked on the door? What would we say? What if, like some creepy shrine, the place had not changed a bit? We willed ourselves to the door and a man in a robe quizzed our faces. We explained our presence, our memories, our lives. He smiled and ushered us in past his robe, and we entered, like a nightmare, a dusty time capsule. The place had been preserved. Same peach carpet, same floral wallpaper, same painted cabinets, except all darker, and brown. I could have located my initials beneath something I carved if I had thought to look. The man seemed to reconsider his kindness, and turned antsy. We took the cue and left, slamming the car doors in a yelling fit. “Did you see this?! Did you see that?!” 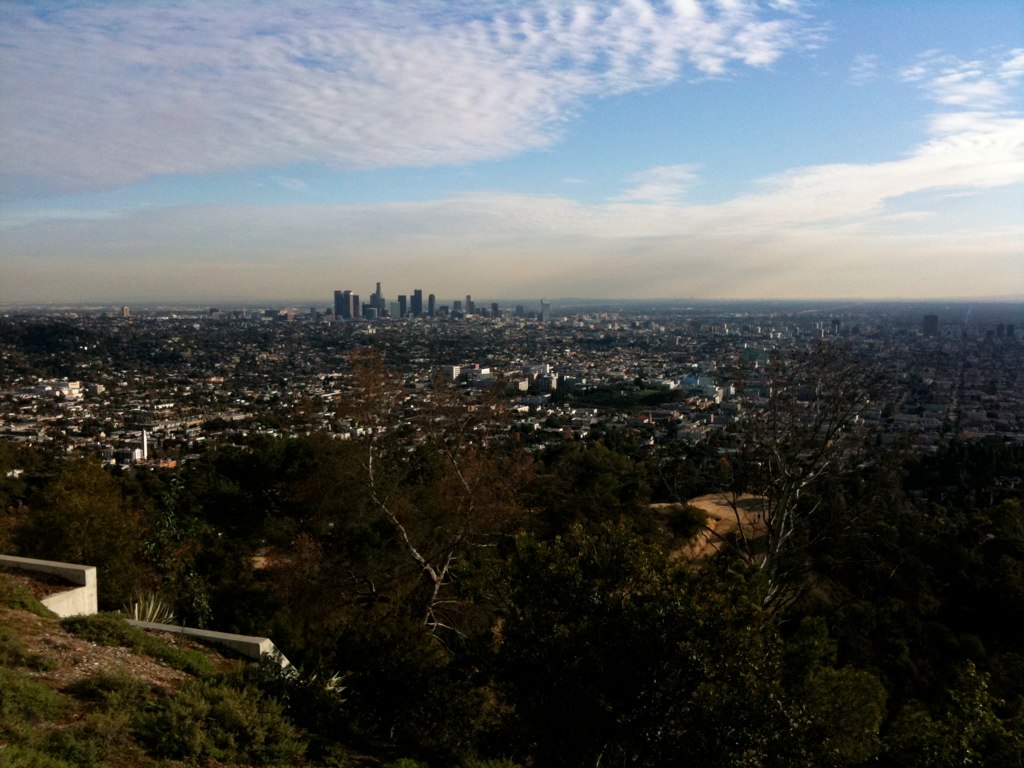 Usually my return to Los Angeles isn’t marked by such severe remnants of “home.” Sure, I visit favorite haunts, like the Griffith Park Observatory, but at least the place is kept up, painted every now and then. As a child I took a watercolor course, prompted by my mother. I set up my easel across the street from my childhood home and painted the squat California ranch house and its wide, flat lawn. This memory snapped in my mind on my recent trip. I had to see that picture, now. My good mother had filed it away in a folder titled “Jason, grades 5-6.” What luck! Except the picture was not as I remembered. There were broad sections of beige paper left unpainted, perhaps to conveniently serve as a color itself. The under drawing was too prominent. There was a lack of shading and a lack of technique. Watercolor, though, is forgiving, and it produces its own little magic of congealed swirls and hazy sunsets or whatever that was on my palette. I wrongly remembered the picture as an exacting representation, full of nuance and detail. Oddly, I edited out my sister’s bedroom windows, perhaps in brotherly spite or just to accommodate the paper size.

Even without these memory packets Los Angeles is full of flavor for the casual observer. I saw four men training as ninjas in the dog park, doing synchronized somersaults. I saw a protest for drivers to slow down, for squirrels were in danger. I saw a pedicure performed by tiny fish that eat dead foot skin. I saw an experiment whereby shoppers in the checkout line always, without fail, purchase a random item placed in their cart by a stranger—a strange item, like rotten bananas or candy canes after Christmas, purchased without fail. I saw my friend demonstrate new gyrating sex toys he invented in his plastics factory, only that he couldn’t get the nine-incher off the mechanism once it got spinning. The whole thing was ripe for some documentary, surreal in its own way, or maybe surreal because it’s gone.