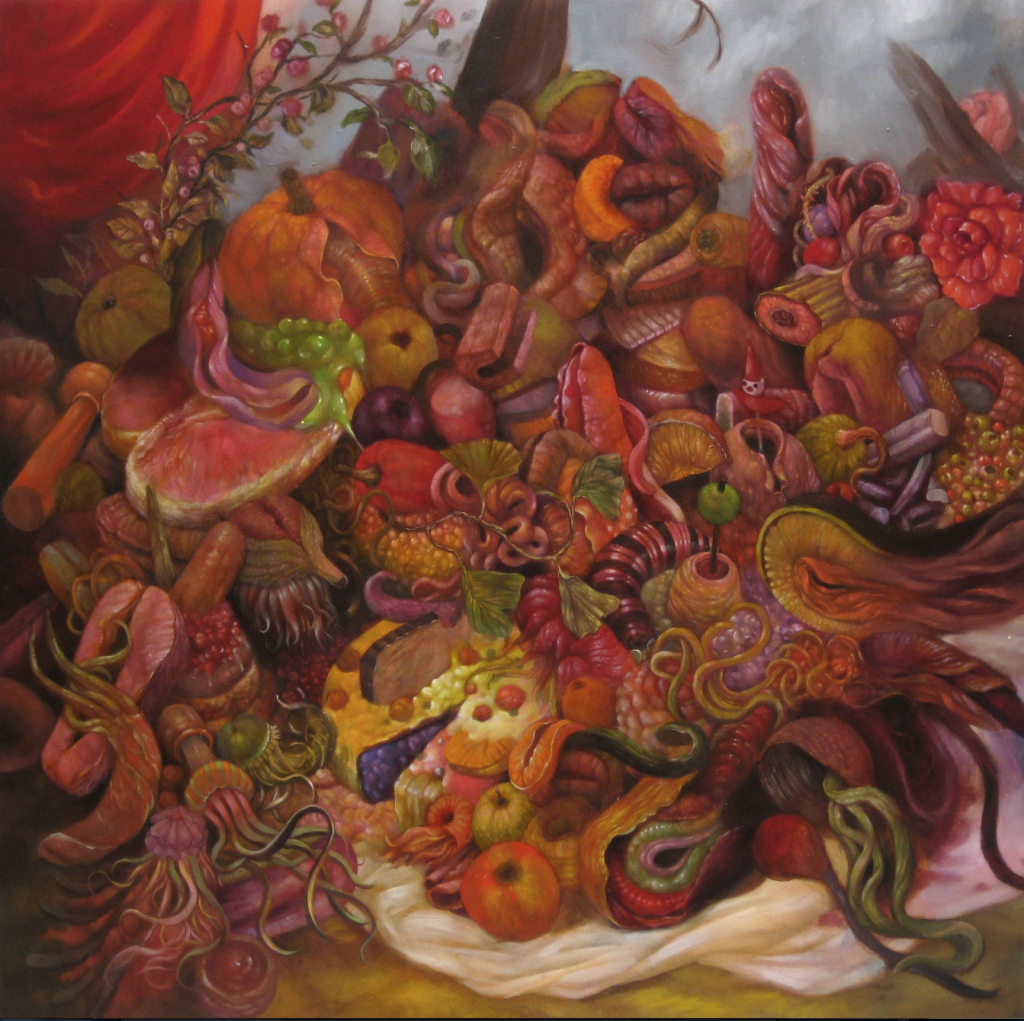 “Why doesn’t anyone want to talk to me about Jesus?!” shouted a man at the crowded opening for Gregory Jacobsen’s last solo show at Zg Gallery, in 2007. Gallery co-owner Meg Sheehy reports that no such Jesus freaks have yet haunted the artist’s current show, his fifth at the gallery, although such righteous proselytizing provides good counterpoint to Jacobsen’s indulgent, hyper-sexed and ultra-violent paintings. Indeed, the works would find pride of place in any Satanist’s home, above the taxidermied goat’s head sofa or in a rapist’s rumpus room, and yet it’s not surprising that only religious extremists take issue with Jacobsen’s immoral fantasy paintings. The art world is well-prepared to handle the artist’s vision of filth and moral disorder, locating historical precedents in Dutch still-life, the paintings of Bosch, Gericault and Francis Bacon, and local talents such as Ivan Albright and the Imagists, with many critics and observers calling Jacobsen’s depictions of rot and decay “beautiful,” even “pretty,” and delighting in the wealth of adjectives that the paintings provoke. Perhaps, for the art world, shock isn’t offensive or shocking—it’s not that we’re jaded, but that we’ve come to enjoy it. 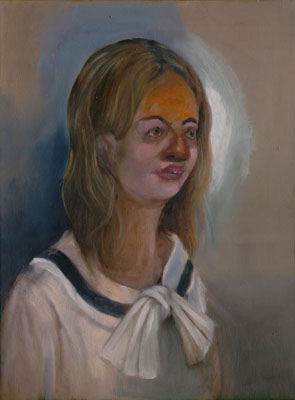 Jacobsen had his first show at Zg in 2002, where his work is well-placed among a like-minded stable of artists who favor  depicting crisis using maximalist methods. But Jacobsen’s current show features a twist, with a detour into portraiture. The portrait of “Catherine,” and a self-portrait titled “Wet,” contain no mashed fruit nor bleeding sores on their faces, in an effort to “paint someone pretty,” says Jacobsen, in a traditional or academic manner. There’s certainly something happening behind Catherine’s face that animates her stunned gaze, as if she just gulped down her own psychological awakening, and the self-portrait mirrors the extreme pathos of the artist’s own live performances. These hint at a new possible direction for Jacobsen; festering maggots and overripe vaginas may be too predictable by now, and although they form the main thrust of the show, Jacobsen’s latest trove of curiosities curtails the usual violent narratives, focusing instead on the abstract details of fascinating objects, materials and textures—things you can “poke with a stick,” he says—placing him in line with the mature work of Maria Tomasula and Jim Lutes. While subtlety isn’t yet Jacobsen’s strong suit, it may be what pushes him out of our comfort zone. 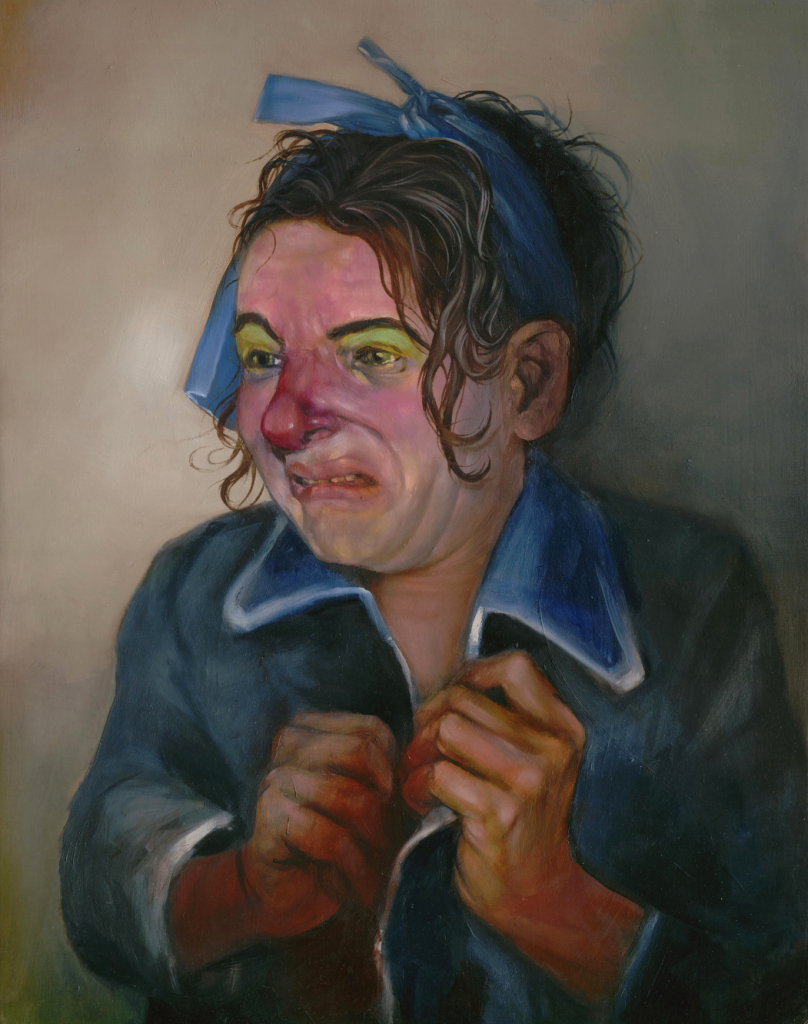 My own understanding of Jacobsen’s work was rounded out when I attended his poetry reading at Quimby’s, although he visibly recoils at this word, “poetry,” too well-intentioned and over-serious for what he does. Jacobsen’s delivery stole the show. With lines clearly drawn from his horror-show paintings, he spoke in a quivering, spooky voice perfectly attuned to his subject matter. His delivery was so unlike anything I’ve ever witnessed that a deep, bodily laugh rose within me from a place that had never laughed before, perhaps from my bowels, or perhaps from the profound absurdity that comes with self-awareness. (Jason Foumberg)