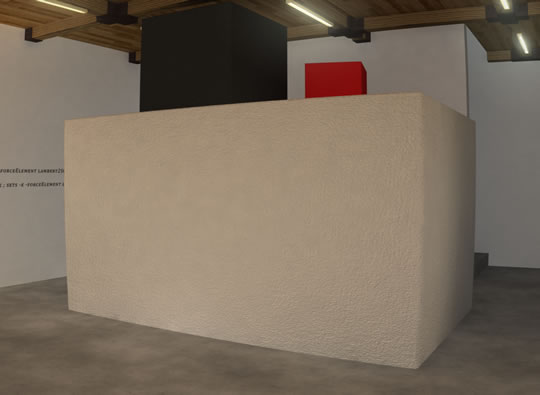 My friend half-believes that some of those spam emails with strange, nonsensical texts are coded terrorist communications worming their way through our machines and minds. “I may be able to arrange with these people about the funeral, about all the practical things that are so frightful a burden to the living who have loved the dead,” reads one ominous-sounding email text, accompanied by an ad for erectile-dysfunction medication. A little bit of googling reveals this to be an excerpt from Robert Smythe Hichens’ “The Call of the Blood,” a 1906 romantic novel. Scanning my other spam emails I uncover excerpts from other novels, including “Black Beauty” and “The Beautiful Wretch,” all of which are books in the public domain and free to read in full on websites like Project Gutenberg.

While computer and Internet technology are supposed to be thrilling new mediums for art, culture, society, whatever, it’s often the weird old stuff that tugs most at my attention. The spammers are clearly using excerpts from Victorian literature to sneak their ads into my inbox, and I read them occasionally because they’re funny little doses of highbrow culture that interrupt my day’s usual tasks. Sometimes it’s total nonsense, like freeform Irish Dadaist poetry. “Reef be brewery may try ghoul in or adverbial some.” Strange, but kind of likable.

The nonsense phenomenon is taking off as a trend. “Of mostly modern, some self-taught, all those in artist thought,” writes Martha Sarno about Russell Bowman’s gallery in River North, for Chicago Art Magazine. “Bowman appeals to both sexes and all senses,” she continues, somewhat cryptically, perhaps about the dealer’s sexual prowess as a metaphor for his salesmanship. Like nonsense emails, the guise of content sneaks past my better judgment; being in the arts, I’m well-accustomed to accepting nonsense as content. Sarno’s write-up passes for something—word count, perhaps—as impressionistic as cargo in a box.

Gallerist Andre Guichard, on his own new art-themed blog called “Fine Art South of Roosevelt Road,” also finds an opportune moment to sneak a little art into someone’s life. In December Guichard wrote of unnamed art galleries (presumably his own Gallery Guichard) that hosted presidential debate viewings. “Often an introduction to a gallery or fine art may occur by circumstance,” he writes, alongside pictures of the gallery packed with an audience interested in politics, and perhaps learning something about art, too. Sneak attack! Now you like art.

A lot of so-called “Internet art” is just the same old thing wrapped in a glossy new shell, like so much spam working undercover of Victorian literature. For instance, Waymaker Gallery is a “venue for progressive experiments in all media,” i.e., an online art gallery that produces virtual spaces that look like real world white cube galleries, with rotating shows every month or so. In one show Jackson Pollock’s digital paintings were exhibited on the floor, as the artist made them in his studio. In another show, Malevich’s paintings were transcribed into a three-dimensional medium, or stacked cubic sculptures. The virtual gallery has a cement floor and white walls, which is totally uninspiring considering the possibilities of the digital medium, and yet fulfills a desire to create otherwise impossible exhibitions (such as the Pollocks on the floor).

Perhaps it’s the common and the familiar that will ease us into a wholly new digital terrain, eventually. Chicago’s CS Interiors magazine puts its content online and formatted as a printed magazine spread. When you click to turn the page, an overambitious paper shuffling sound cutely announces the lack of actual paper. Jettison Quarterly, an online-only publication, also replicates the page-flipping experience (sans sound effects). Jettison often has an art-heavy focus, and as a digital-only publication it can offer pages in full color.

Certainly the Internet does have many advantages for the art-minded. On Facebook, one can connect informally with several of the MCA’s curators, or chat about art with Jerry Saltz, or find out about a new artist of the day from Ryan Travis Christian. Facebook isn’t just for finding exes, as one bored (and boring) Red Eye columnist would assume. As Gosia Koscielak’s brick-and-mortar gallery in Wicker Park closed this past year, she still maintains a website to promote her artists and hosts “exhibitions” there, such as Susan Michod’s paintings, which undoubtedly look better in person but one must settle for reproductions, for now.

The Internet is going to change everything, or nothing at all. Since my wireless connection at home has been spotty this past week, to research part of this article I had to go to an Internet café, venues which require a great deal of hand sanitizer but are excellent for sending cryptic spam emails without detection. A mouse in the hand is worth two in the Interweb.

Aw Jason, you break my heart kicking my girl Martha like that. Remember that I started my own magazine because no one in this town liked my work. Bad at Sports didn’t want my content, Time Out called once in a blue moon when they were disparate. I was, as they say in the industry, a stringer. So now that I get to call some shots, I run the magazine like a commune, everyone is invited. And Martha might not have hit it out of the park with that review, but she doesn’t get editorial help either – any typos… Read more »

I’m glad there are many venues for different personalities online. The more there are, the better chance of taking down the “people in charge.” But they have to be good enough to do that right? I hope we can all inspire each other to do great work.

Well, I mean, I’m hated for a reason. To me, it has a lot to do with editorial priorities. My personal agenda puts “sorting” above “critical analysis”, (and the actual top priority, honestly, is trying to sell ads and stay afloat). The reason is that if we don’t even know what we have going on, we can’t fairly pick out the strongest work. If you can’t even line up on the starting line to be critically evaluated, then we’re starting with a deck that’s stacked. So in terms of priorities, the most important thing for me is to get everything… Read more »

The Chicago Art Map is an invaluable tool. I know how difficult it is to maintain listings so I think you are doing a great job on that. Personally, I had to limit the number of listings I focused on publishing in favor of amping up strong critical content. It seems it’s one or the other? We need support staff!

Yes. Support staff! And again, I am kicking myself about this because Martha’s taking the blame for a sentence that should have been handled by an editor. We need both – we need the pan-view of the scene, and curatorial picks. We need both! Both! Also – FWIW, it’s hard to feel like it matters sometimes – we had a piece, Iraqi-Art.com, that for 3 days had all the editorial comments in the uploaded version, things like “(this sentence should be moved into a new paragraph)” – the piece had 300 views – average of 2 minutes on the page… Read more »

fwiw, i wasn’t trying to be nit-picky about grammar. I actually enjoyed Martha’s poetic critique!

Re: hardly feels like it matters… to discuss this weekend, for sure!