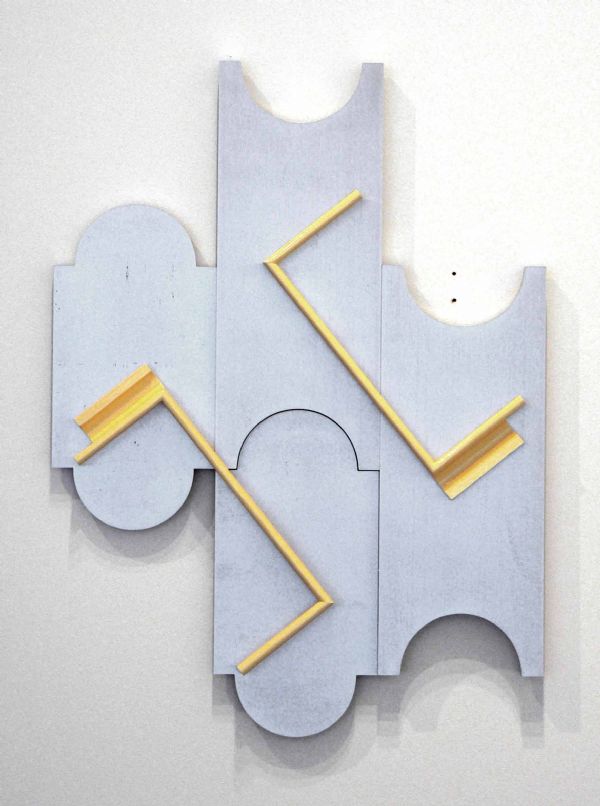 Upon attending the opening of Richard Rezac’s third solo show at Rhona Hoffman, I remembered how old I am.

Like many of my peers, I consider Rezac’s work inseparable from the mythology of Minimalism, a period of art history we simply did not experience, born too late. While our pilgrimages to Marfa may help us to feel more acquainted with this period, Minimalism is our ornery grandfather whose offspring founded IKEA and gave birth to a breed of infidels with limited concern for geometry. By the time we came to cognition, people weren’t arguing about rectangles anymore. Everyone seemed so worried about AIDS, crack and the Gulf War, that splitting hairs over formalism didn’t seem to make sense anymore. Recently, we found credence in a group of artists dubbed “Unmonumental,” or post-Minimalism part two, precisely because it contaminated the sensibilities of a generation of artists we never fully understood. 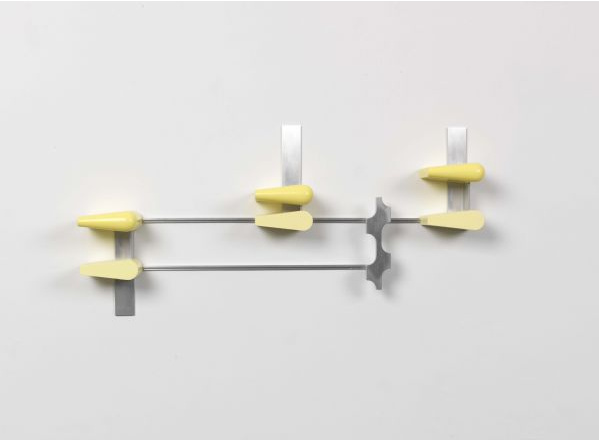 Richard Rezac, however, grew up during the height of most monumental of all Minimalism; Carl Andre and Walter De Maria surely became Apollonian idols of the artist as a young man, but his work over the last three decades is not a mere placeholder in this clearly living history. Between works newly installed in the Art Institute’s Modern Wing and the solo show at Rhona Hoffman, Rezac demonstrates an ongoing inquiry into the geometries of environments ranging from Baroque cathedrals to a child’s bedroom.  His acumen in lodging “all meaning within the conventions of public space,” as Rosalind Krauss spoke of the works of Frank Stella, now privatize these structures by reducing them to model size. Rezac’s illustrations of a built environment in flux, or a body restricted by space, are manifested in volumetric or planar geometric abstractions. Don’t be fooled, these are not puritanical forms; they speak to the ruptures in larger organizing structures, rather than their symmetry. Fragments of architecture and domestic spaces forge themselves into shy constructions of pastel cherry, bronze or aluminum. Whether these forms swell up from the wall in metallic relief, or sink from pastel surfaces into peepholes exposing the walls of the Hoffman temple, they speak to experience much beyond their scale.

Rezac’s process mirrors that of an architect, save function, his drawing practice distilling research into blueprints for sculpture. No surprise, when a patron asks Rezac of his inspiration for a L-shaped piece modeled in cast bronze, and he responds simply, “a carpenter’s rule.” While Rezac’s work seldom takes human scale, his considerations of the predicament that bodies exist in space, are as poignant as ever. (Joe Jeffers)

Richard Rezac show at Rhona Hoffman Gallery, 118 N. Peoria, through February 13, and at The Modern Wing, Art Institute of Chicago, through June.