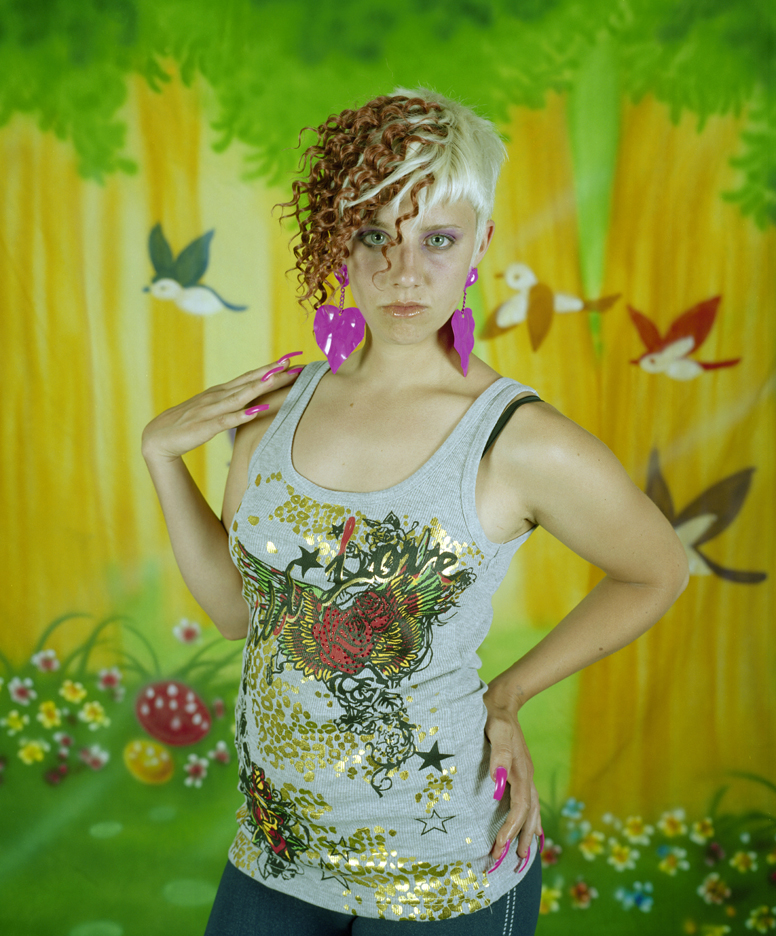 Drawn to the recesses of densely wooded public parks, Jennifer Ray seeks out evidence of male sexual encounters—a spent condom, a pair of briefs, a Styrofoam cup—and shoots the tell-tale details in color, so that they are small, yet obtrusive elements of the larger verdant scene. Eric Bessel takes color portraits of women posed in gestures and sporting expressions that betray distress, bitterness or hostility. Helen Maurene Cooper dolls women up in kitschy costumes, places them against decorative mannerist backgrounds, and snaps them in color as they vogue like fashion models, sometimes tough, sometimes dreamy. Grant Ray puts ordinary objects into compositions suggesting “pseudo-scientific experiments,” as when he goes into the wooded glen, plants an electrical gizmo there, and shoots the scene in color, proving that you can do other things in the park than have sex. You can read the artists’ statements if you want an overdose of cultural theory, but their work boils down to crossing the boundary from the illusory world of normal certitude to the wilderness of the seamy psycho-dramas that surround the islands of sanity that we so painfully attempt to construct. (Michael Weinstein)