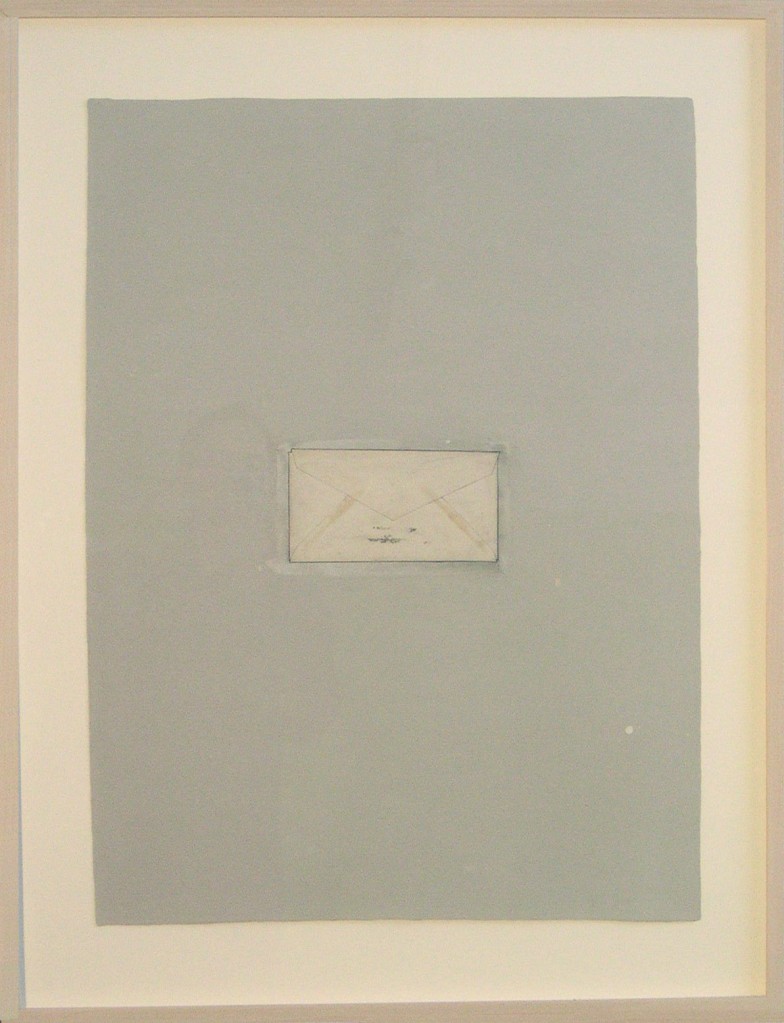 In the exhibition “Object Lesson,” John Fraser treats his own oeuvre, spanning twenty-something years, like a series of found objects from which to assemble a collage, offering a palimpsest of his career, revisiting past trends and former concerns in linen, mosaic and book-binding fragments. There is a haunting quality to many pieces—puttied-over traces of pulled staples, mottled glue along an eviscerated book spine)—but the show centers around “Form with Suggested Content,” a framed collage featuring a closed envelope. Here we have the unspoken enticement of narrative inherent in a found object, the jarring balance of collage, the shades of bottomless neutral washing from monochrome into subtle color play and, of course, the inlaid envelope itself, waiting for our response.

Fraser’s pieces sometimes pull optical tricks, oscillating positive and negative space. The inner edges of otherwise blank pages float to the foreground in “Westport Island Memory” while in “Composition with Similar Forms I” the sense of the immediately physical fades, leaving work more akin to landscape painting than collage. “(In The) Absense of Rhetoric,” a diptych of aligned canvas panels, achieves tricks through the stitching and asymmetry of affixed pieces of fabric. But this piece, with its weeping pigment and ghostly squares, striped in slate-blue, transfixes also because it is so elusively allusive. Is this a reference to the uniforms of the death camps or swatches of aprons from a lost childhood? The absence, here, of “sense,” of anything like “rhetoric” casts a heavy presence. A quiet painting, it whispers insistently.

“Object Lesson,” as a whole, tantalizes, like an unexpected letter of such promise, such possibility, that one keeps it sealed as long as possible, just to increase the anticipation. (Spencer Dew)