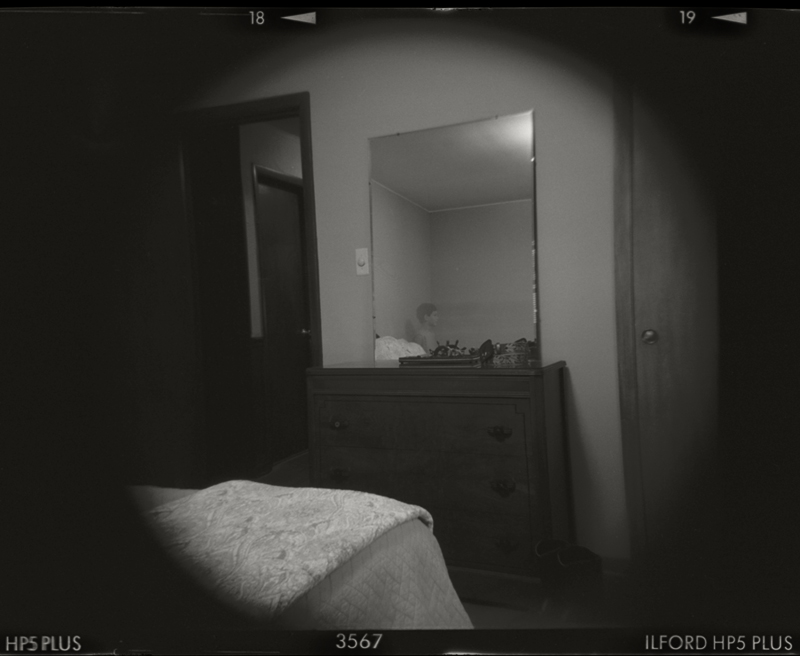 Memories lost and only imperfectly recovered, drenched in pathos and poignancy, permeate Michael Smith’s multiple-exposure black-and-white photographs of the rubble left by the demolition of buildings backgrounded by partially standing edifices (“Deconstruction Series”), and the interiors of his father’s house, blurred and rendered distant by double vision. As visual poetry, Smith’s images concentrate emotion and radiate the age-old wistful theme that everything that is shall pass, as much as we might wish to hold it fast. Nowhere is Smith’s message more deeply projected than in “In the Bedroom, Haunting Memories,” in which the modest room is wreathed in shadows but for a circle of light, in which the faded figure of a boy appears in a clouded mirror over a dresser. For relief from tristesse, look at Jennifer Bisbing’s miniature black-and-white photos of finely etched weeds in Humboldt Park, soaring to the heavens like stately trees; and Julian Gordon’s color macro-studies, cut into squares and then rejoined into “mosaics,” of softly focused bees feasting on lush flowers. (Michael Weinstein)