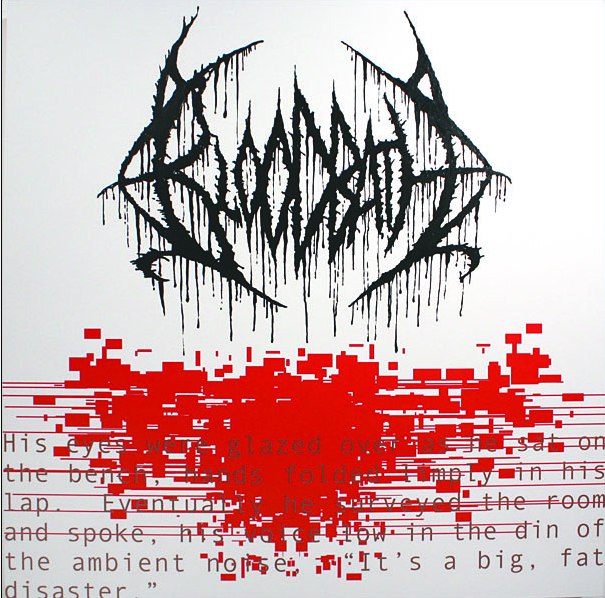 Jason Lahr’s paintings at Packer Schopf Gallery hang together as an argument and a story. The story is the story of boyhood. The argument parses out which stars in the sky of mass culture correspond to the dots that boys will string together to be boys. Lahr describes his paintings as “a bit like a vulture picking through a mountain of boy scout manuals, cd covers, hunting and fishing magazines, and related miscellany, savoring the tasty bits and creating a tangle of hypertexts among the images, the texts, and the ‘world.'”

The world depicted in the paintings is sparse. He treats each panel like a screen washed with a gradient of two to three colors. There’s a geometric fragment that lends texture to the background. The pattern of these fragments change, calling to mind anything from Josef Albers’s color experiments, to pointillism, to Pop Art, to pixels, to the generational decay of digital images compressed again and again and again. On each panel, a few stars are plucked from that sky of mass culture’s ideas about masculinity: logos and brands and band names. Snippets of atmospheric text refer to some long lost platonic “He” and “She” like Lichtenstein’s elliptical captions but with an intensity that feels like film noir. 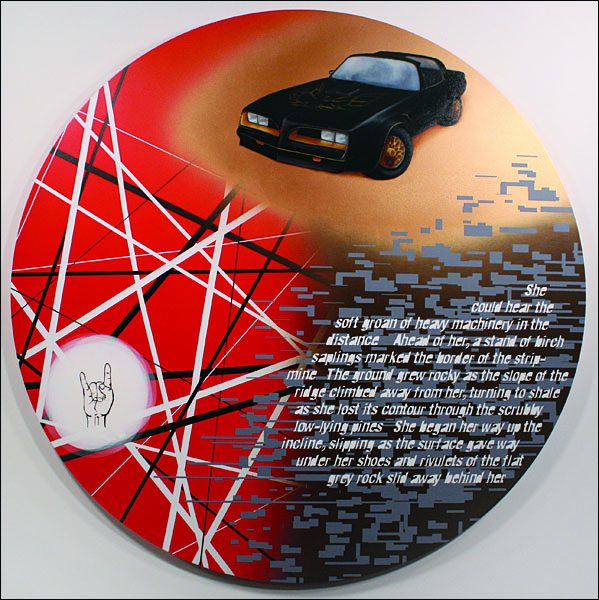 It’s insightful to see Lahr’s “DEATHMETALHIPPIEKILLER” works in the tradition of word-painting. “What is painting?” once asked John Baldessari in a painting. From Baldessari to Ruscha, the graphic clusters we call words continue to intrigue painters—something to do with the signifier/signified split(ing headache). In Lahr’s case, the use of background gradient, logos, and, in particular, pixilation evoke the internet in a way that make the Baldessari/Ruscha paintings seem like illustrations of pre-digital world before the wild wild web. Now we have more standardized colors, better marketing, and, even in the wake of feminism’s many waves and identity politics, masculinity tells a story as manly as it ever was. It’s just a little empty and pixilated. (Ian Epstein)

[…] A fantastic review of DEATHMETALHIPPIEKILLER Filed under: Uncategorized […]