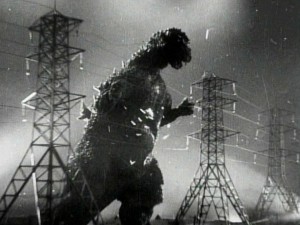 This Valentine’s Day, Chicago artist Aaron Delehanty has come up with an alternative way to celebrate: The Monster Movie Seminar. As part of his current residency at Ravenwood’s Lill Street Art Center, he and friend Matt Fagan of Brainstorm Comics (who Delehanty calls a “monster movie expert”) present this one-off event of all-things monster, from discussions to movie-clip-viewing to costumes. “It’s more campy than sort of scary,” Delehanty admits of the two-hour, BYOB event, which he calls “an alternative to doing anything traditional or romantic on Valentine’s Day.” Delehanty says with this event he’s trying to bring in an event that’s a little more unconventional than what the “conservative” Lill Street is used to. “In a way we’re bringing something bizarre that wouldn’t [normally] happen at an institute like Lill Street,” he says, “where, like, there are moms who come to classes and stuff.” As for the holiday itself, Delehanty doesn’t hold back. “Valentine’s Day is so fake, and people try to pretend it’s real,” he says. “Monster movies, they’re totally fake and people just enjoy it. So it’s a good alternative. I don’t know if this has made my wife very happy, though.” (Tom Lynch)