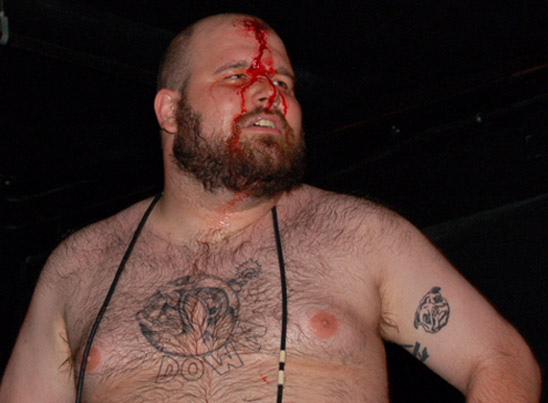 Punk rock purists will argue that “Epics in Minutes” (2004), the first full-length album by Canadian band Fucked Up, was their best output to date, let alone one of the best punk records of the past decade. With little difficulty, the group became underground scene favorites due to their near-perfect execution of the age-old hardcore-punk paradigm: fast, loud and powerful.

Following the lead of other punk front men turned illustrators such as Brian “Pushead” Schroeder, from the long-defunct Septic Death, and John Baizley, leader of the recent group Baroness, Abraham will inaugurate his artistic career this Saturday with his first solo show of drawings, titled “X420X,” at Concertina Gallery in Logan Square. Abraham has spent the past eight years developing a series of typographic monsters. In this respect, his work resembles that of Providence, Rhode Island-based artist James “Gunsho” Quigley, who has created similar series of grotesque creatures, and will be curating a show of bizarre, semi-outsider art in conjunction with the annual Version Festival, taking place this spring in Bridgeport. This is a one-night-only event, ending at 8:30pm sharp, after which Fucked Up will take the stage at the nearby Viaduct Theater. (Nate Lee)