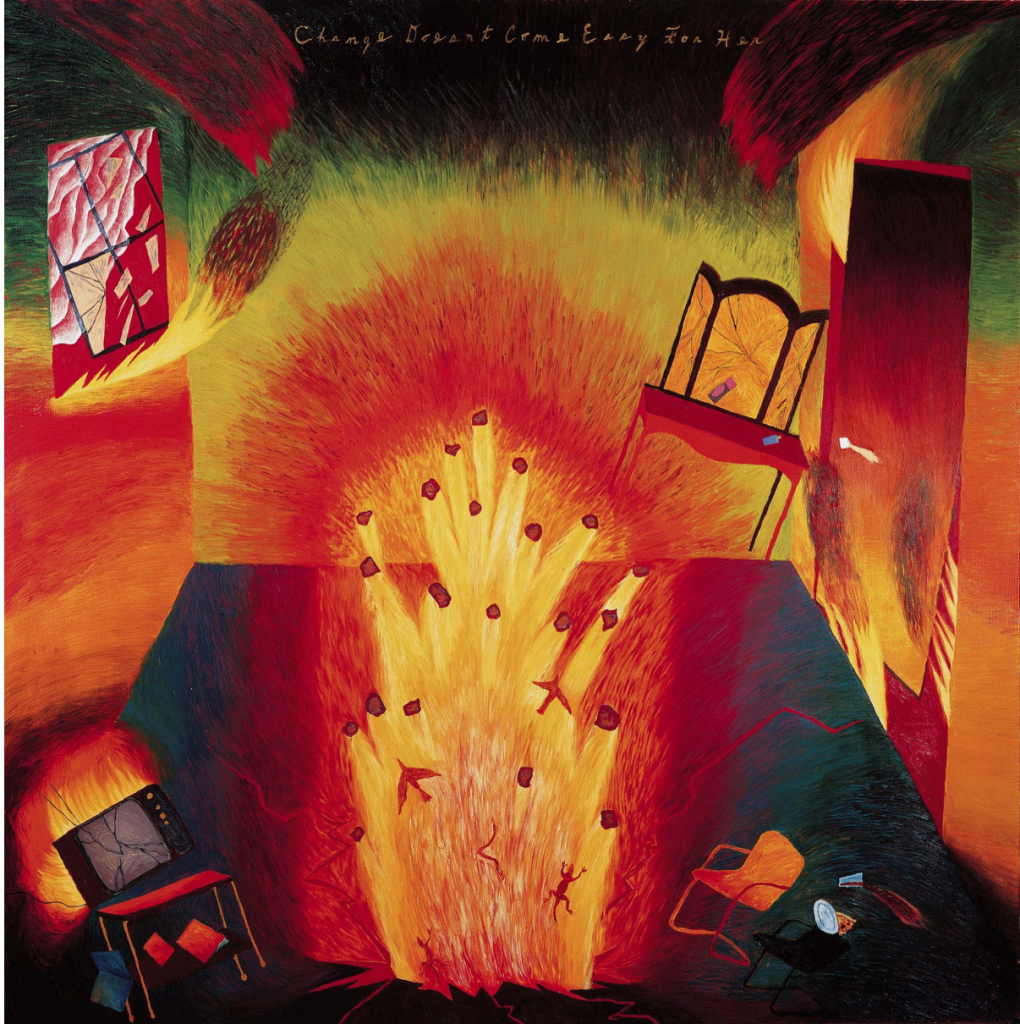 “Expect the Unexpected,” a survey of paintings and works on paper by the late Hollis Sigler (1948-2001), organized by the Rockford Art Museum, is now on view at the Chicago Cultural Center. Adroitly curated by Patty Rhea, the volume of works by Sigler helps reveal their lasting value.

A Chicagoan by way of graduate school, Sigler was one of the founding members of the feminist art collective and alternative gallery Artemisia (1973-2003). She found critical success in the early 1980s, and showed at the 1981 Whitney Biennial. The current retrospective contains twenty years of her work.

The lack of irony in Sigler’s work instantly identifies her as part of a previous generation. Domestic scenes heightened with symbolic narratives pulse with energy in van Gogh-esque staccato brushstrokes, dots and dashes. Shallow, warped spaces and cartoon-like representations betray Sigler’s heavy reliance on the traditions of outsider art, complete with apocalyptic imagery and populist religious overtones. These tropes are employed to an emotional end, repurposed to address the nature of feminine and queer desire. “Desire Released,” from 1983, shows a woman backlit by the moon as she dances in an earthen valley that is subtly erotic. Much of Sigler’s work focuses on the liberation of desire, whether just beyond the valley, outside of a window or rising to heaven.

Sigler was diagnosed with breast cancer in 1985, which recurred in 1991. She created the “Breast Cancer Journal: Walking with the Ghosts of My Grandmothers” series in response. An artist who makes work specifically about the cancer experience may face marginalization in the survivor story genre, but Sigler’s art transcends such easy shelving. The current retrospective reveals Sigler’s intense engagement with culture. While she certainly positioned herself as a passionate advocate for women’s health issues, her painted legacy suggests a larger project of self-actualization. (Dan Gunn)