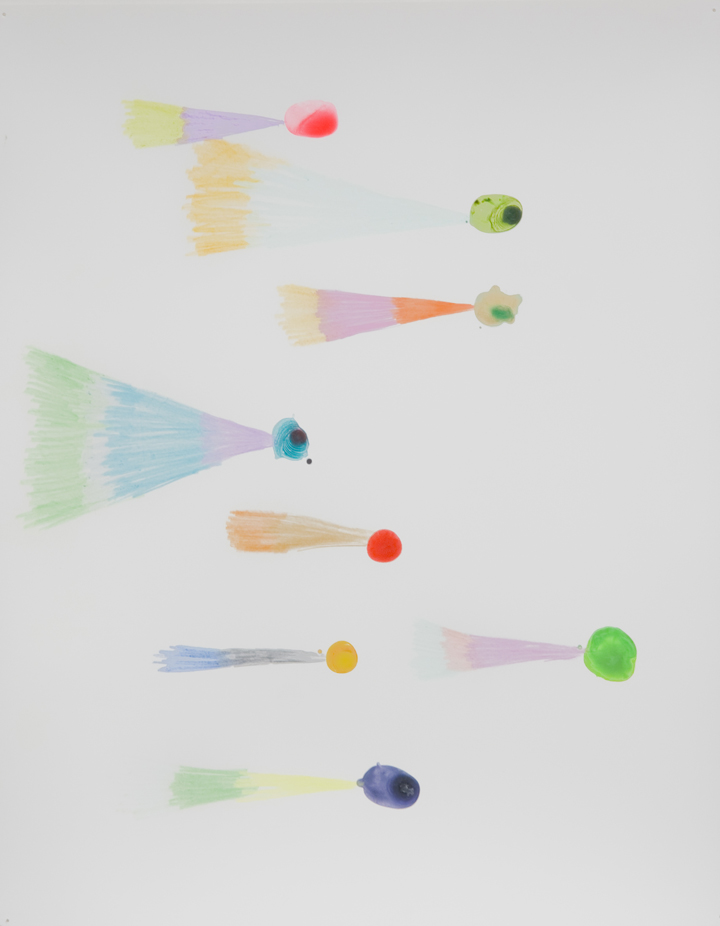 On the day I visit Pamela Fraser’s East Garfield Park studio, everything outside is white and cold: a blizzard has just dumped several inches of snow on the ground, on the branches of trees, and on the tops of cars unlucky enough to have had to spend the night outside. Inside, Fraser’s studio is warm and inviting, but the sense of enveloping whiteness remains, thanks to the huge white walls, high ceilings and bright natural light streaming in from a large window at one end. Fraser, who is assistant professor of studio arts at the University of Illinois at Chicago and co-director of the Oak Park domestic art space He Said–She Said with her husband, Randall Szott, has occupied this studio since last June. Like many of Fraser’s paintings, it feels spacious, light and airy—neatly organized, though not obsessively so, and humming with focused energy.

Her current solo exhibition at Golden consists of nine drawings, all of which were executed on the floor over a single month in late ’09 during an inspired burst of energy. Fraser has been investigating color as an aesthetic as well as a cultural construct for several years now, ever since she was asked to teach a class on color theory at UIC. As she immersed herself in countless historical and theoretical texts on the subject she realized the traditional color-theory curriculum needed some serious revamping. “Color is often discussed as if it were an isolated phenomenon, and not in the world,” Fraser explains, citing the Bauhaus school theories (espoused in the writings of Swiss Expressionist painter Johannes Itten) as a primary example. “It presumes a universality that I can’t buy, and I can’t teach.” 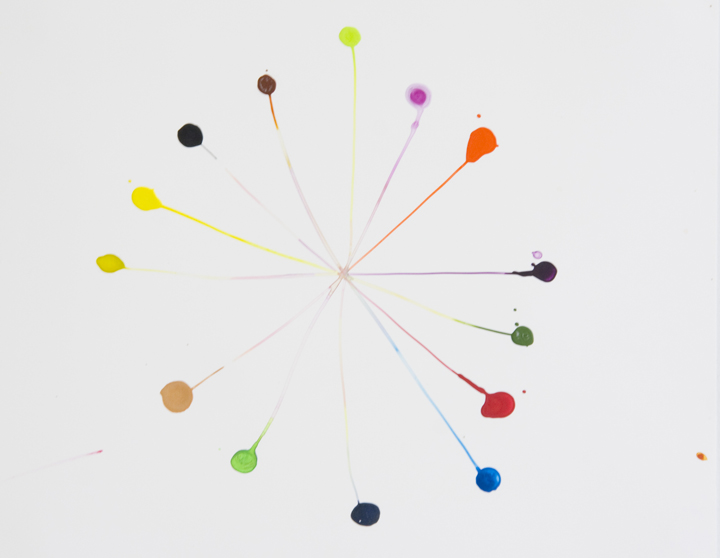 In her studio, my attention is immediately drawn to the spray of colored droplets on the walls. They’re paint, of course; a few on canvas, but most on slippery sheets of polypropelene. Fraser’s droplets are diagrammatic in nature, an attempt on the artist’s part to make sense of all the color theory she’s ingested over the past few years. There are color wheels galore, many taking the form of shaky freehand carousels in an array of lickable lollipop hues. Others look like dissolving pie charts: smeary, wet and loose, the antithesis of crisp delineation. What differentiates these drawings from Fraser’s previous forays into absurdist color theory is the rapidity of execution—Fraser calls them “monuments to a moment”—as well as the overt presence of the artist’s hand. Rendering what may once have felt dry and rote into something juicily subjective, Fraser’s approach to color is undeniably physical, experiential and suffused with joy.

Inspired by writers such as John Gage, who argues that our understanding of color hinges on context and interpretation, Fraser developed a color-theory curriculum “located more in culture than in perception.” The drawings at Golden, she notes, represent the seeds of a larger inquiry into color that she expects to be pursing for at least the next few years. Fraser’s willingness to share these ideas while they’re still somewhat raw is refreshing. Lucky for us, however, her drawings already look good enough to eat. (Claudine Ise)