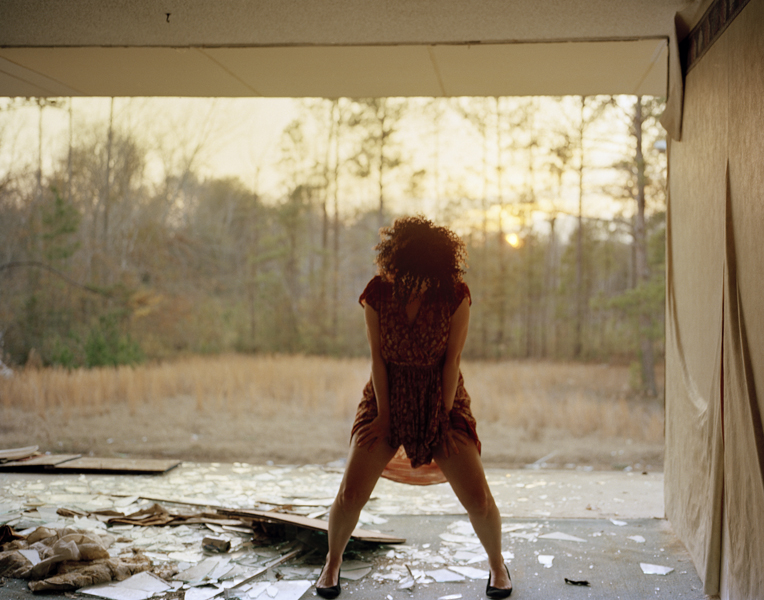 As hip as they come, Helen Maurene Cooper and Michael Ratulowski are postmodern to the core, deploying their cameras to make ambiguous cultural statements in color. Seizing upon the conceit of commemorating the anniversaries of rappers’ deaths, Ratulowski would buy a 40 and proceed to shoot himself pouring out its contents in alleys and on stoops and sidewalks, without any discernible reverence and somewhat off-handedly, as though he was performing an assignment; yet he has encased his photos in ornate old-timey frames. Is it irony or camp? Cooper, who is blazing along with her third show of 2010, had previously exhibited images that played mercifully with fashion. Here she takes a walk on the wild side with scenario shots that place her subjects—mainly herself—among urban rubble or verdant glens where their passions are brought forth, although, of course, in provocative fashion poses. Bent over with her hands on her thighs, her dress riding up, her legs spread apart and her hair tousled over her face, Cooper stands in an orange-brown haze amidst construction trash as a forest looms in the background. Is it high concept or burlesque? (Michael Weinstein)