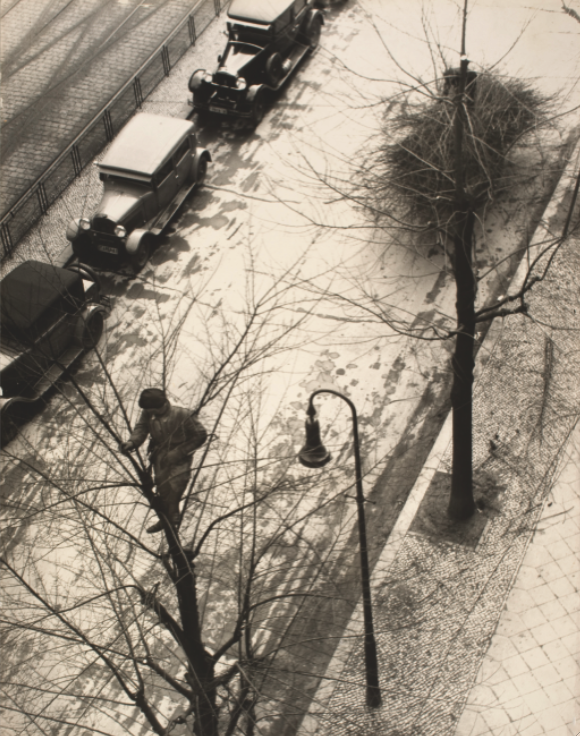 Founder of the Institute of Design, which for a brief moment in the mid-twentieth century made Chicago the center of world photography, Laszlo Moholy-Nagy was the great experimenter, addicted to the idea of a purely photographic vision that would develop his medium’s possibilities for transforming human sensibility so that people would be fit to survive and prevail in an industrial environment. Although he has been shown in his adopted home many times, this lavish exhibition, which covers five galleries and is accompanied by informative wall text and handouts, finally—through the efforts of curator Carol Ehlers—gives Moholy his due and allows us to appreciate his many facets whole. From his straight shots of cityscapes from unfamiliar angles (now part of the visual vernacular) to his “light paintings” and photograms in which directed light and objects play on photo-sensitive media without the mediation of a lens, Moholy was ever breaking new ground in technique; yet, in retrospect, a look at the light paintings, which were his boldest endeavors, reveals that the forms of those haunting astral abstractions are photographic versions of the contemporary paintings of the era that are most kindred to the works of Joan Miro and Paul Klee. Rather than being ahead of his time, as he wished to be, Moholy was of them as a genuine creator. (Michael Weinstein)

Through May 9 at the Loyola University Museum of Art, 820 N. Michigan.