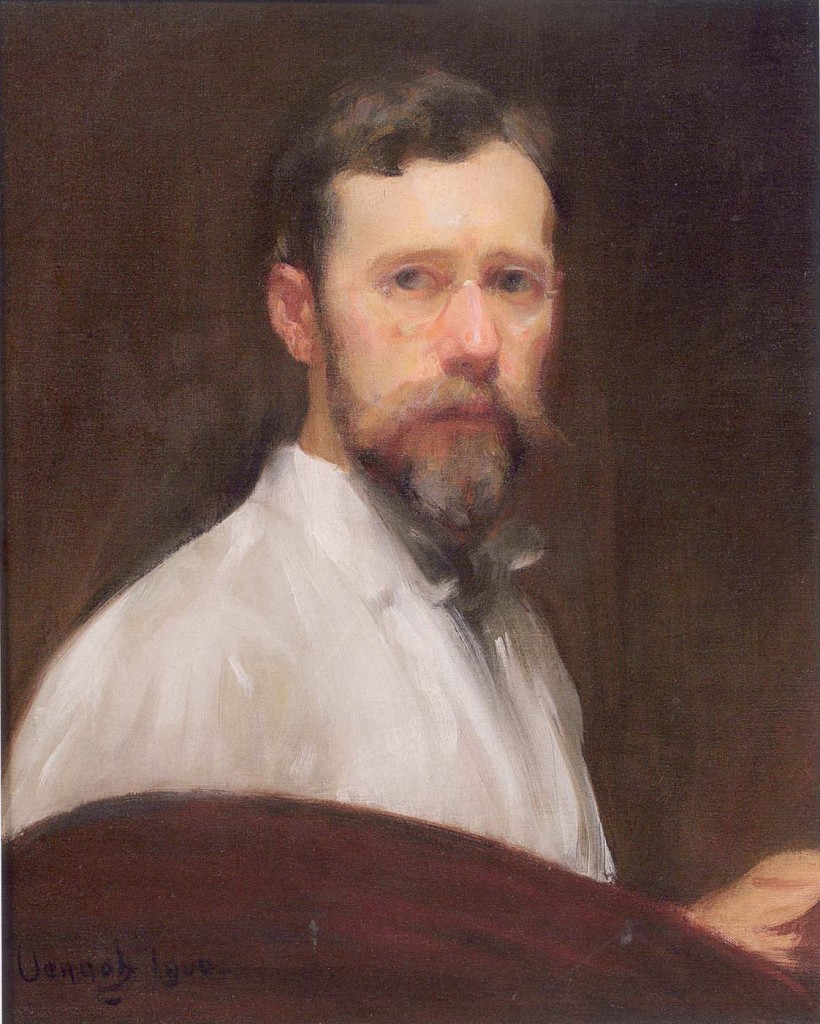 Self portrait, courtesy of the National Academy Museum

The most surprising thing about this retrospective of an American Impressionist is that it happened at all. The genre hasn’t exactly fallen out of popularity, as it’s still highly collectable and collected. However, along with all the other non-French varieties (Russian, Spanish, Scandinavian, etc.), art history has deemed it tangential to the story of Modernism. It was only when the Terra Museum opened in 1978 that solo exhibitions of American Impressionists were consistently mounted in Chicago (with the exception of Sargent and Whistler).

Now that the Terra has closed, only a very ambitious private gallery will spend the big money and years of work necessary to borrow pieces from museums around the country and commission a professionally produced catalog—as Madron Gallery has just done for Robert Vonnoh (1858-1933), in only the second retrospective since his death.

This is a small show—about a dozen pieces that span thirty years and the many styles of Vonnoh’s career, reflecting the serious, careful drawing of the Boston school and the French academy where he studied, as well as the Impressionist and post-impressionist movements that followed.

As a critic in the Chicago Times-Herald wrote in 1899, Vonnoh combined the “acquisitions of Impressionism with the beauties of tone characterizing the old painters,” which is probably why he became so popular here after he first visited Chicago in 1892. He had three solo exhibitions at the Art Institute, the last one in 1899, including fourteen portraits of Chicago’s booming mercantile class. That was also the year he married the young Chicago sculptor Bessie Potter Vonnoh, whose rising career would immediately whisk them both away to New York City.

Despite that success, one gets the feeling from this show that all Robert really wanted to do was set up his easel in a quiet French village and paint the trees against the sky. One self-portrait (1907) shows him painting in the shadows behind his small but vigorous and very successful wife, while another (1900) shows him shielded by his palette, and looking somewhat like a deer caught in the headlights.

Not every painting in this show is a great one. Unlike some of his better known contemporaries, like John Twachtman, Vonnoh experimented with many styles, not all of which fit his rather gentle, melancholy temperament. But that’s why a retrospective like this is such a wonderful window into the many conflicting currents of the late nineteenth-century American art world, as well as the personal life of a leading artist and teacher of his time. (Chris Miller)