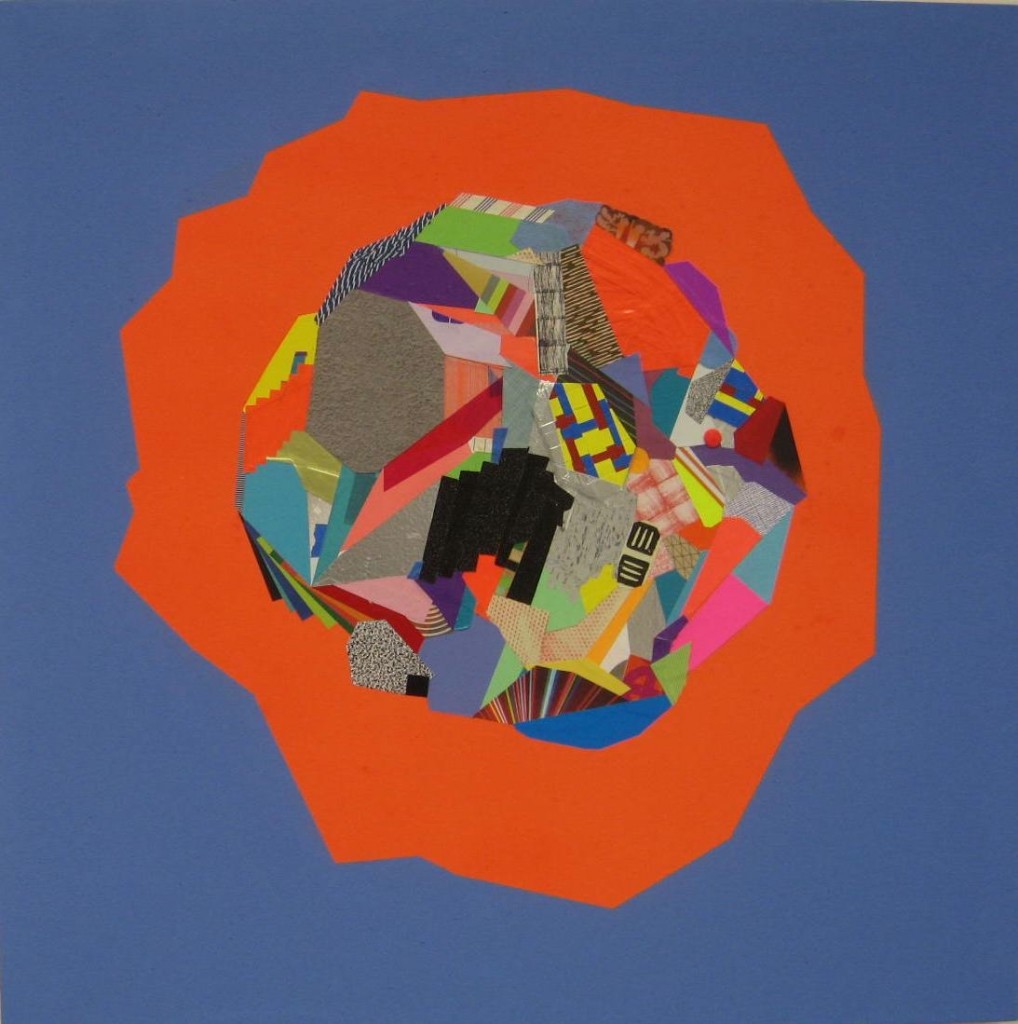 Co-curators Chad Kouri and Ed Marszewski successfully “get it together” for their second group show focusing on collage, assemblage and collaboration. Inviting artists from their 2009 show at the Co-Prosperity Sphere, they extended their lineup to include national and international artists as well. “We curated the artists, not the work,” said Kouri, referring to the fact that many of the pieces were created specifically for the show. “These are the kind of people you don’t have to micromanage.” The result is an enjoyable blend of contemporary two-dimensional and three-dimensional work ranging from traditional paper collage to mixed media, installation and sculpture. The works’ arrangement emphasizes its diversity while retaining continuity. A show featuring collage might overwhelm visitors with imagery overload; instead the space is open and inviting, and a nice visual balance exists between pieces. Matthew Rich’s colorful geometric abstracts provide relief after viewers finish scrutinizing the many details of Jordan Martins’ collage works; a linear work by Ron Ewert uses empty space to create a “corner” in the middle of the room. The show’s collaborative aspect might be the least perceptible. The majority of pieces are created by single artists (one notable exception being an entire “grocery store” shelf facsimile by Adrianne Goodrich and Ellen Kirk displaying well-known food products constructed of paper and color pencil) and the majority of the work doesn’t lend itself to contextual readings of collaboration. However, viewers are encouraged to collaborate as well by creating their own work using collage materials provided. (Patrice Connelly)

Through April 6 at the Chicago Tourism Center Gallery, 72 E. Randolph.