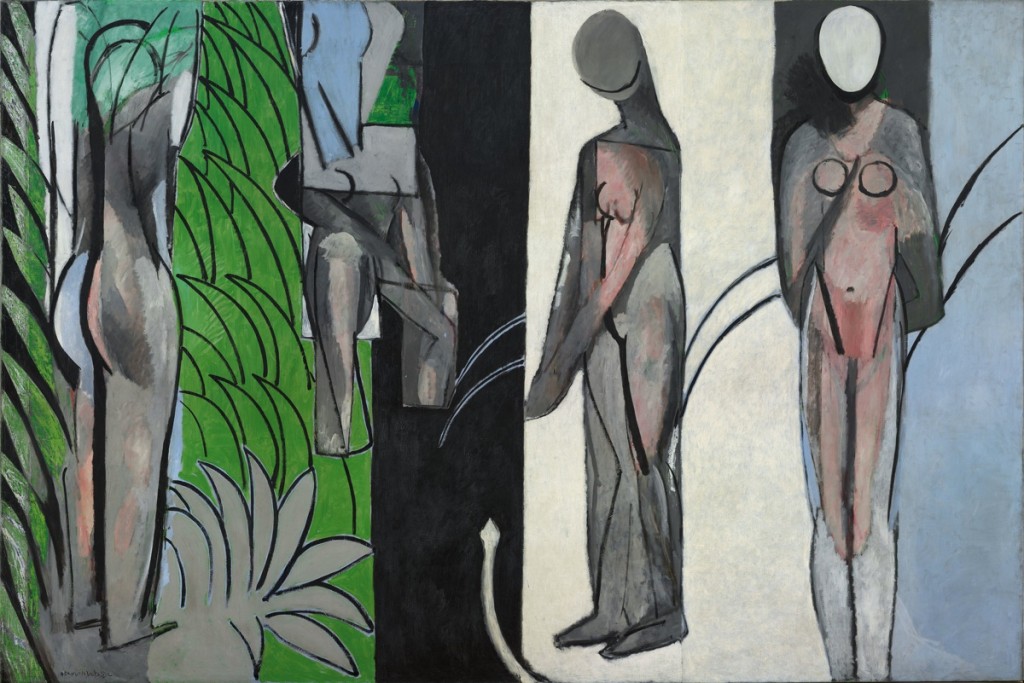 As the exhibition “Matisse: Radical Invention, 1913-1917” shows, what is radical at one moment in history is often mainstream the next. Henri Matisse’s nudes and still lives might seem placid to a contemporary sensibility, but if one can imagine the years when Matisse worked on many of the paintings on view in this exhibition, the confrontational immediacy and disruptive energy of these paintings becomes clear. In 1913, the Model T had just hit the streets, the first transcontinental telephone call had just been made and the First World War, the first mechanized war, was about to break out. Matisse’s own brother was sent to a prison camp in Germany when his hometown was occupied.

For me, it’s the scale of these paintings that register the shock waves of a collision with modernity transforming time, space and social, political and economic arrangements of the previous era. However, the curators of the exhibition are interested in what Matisse called his “modern methods of construction.” Matisse “invents,” which is to say, he borrows from the visual vocabulary of the western tradition and recombines images. It’s not what he paints that is new, but how he paints a classical Arcadia, a still life or a portrait. Matisse worked between the Fauves and the Cubists. Color was key for him while he retained a symbolist’s (he was a student of Gustave Moreau) sense of a mythic presence. “Bathers with a Turtle,” 1908, is a very large painting of three women watching a turtle. Their grave absorption, the way they hang in space, their disinterest in the viewer (Matisse was not putting them on display), underscores the tension between a remote lyrical state and the effort of producing it in the chaotic modern world. Matisse is among the first painters to leave marks of his revisions on his work, emphasizing the art work’s becoming. In some cases, like the Art Institute’s own “Bathers by a River,” which Matisse considered “pivotal,” he spent seven years revising it. (Janina Ciezadlo)

Through June 20 at the Art Institute of Chicago, 111 S. Michigan.