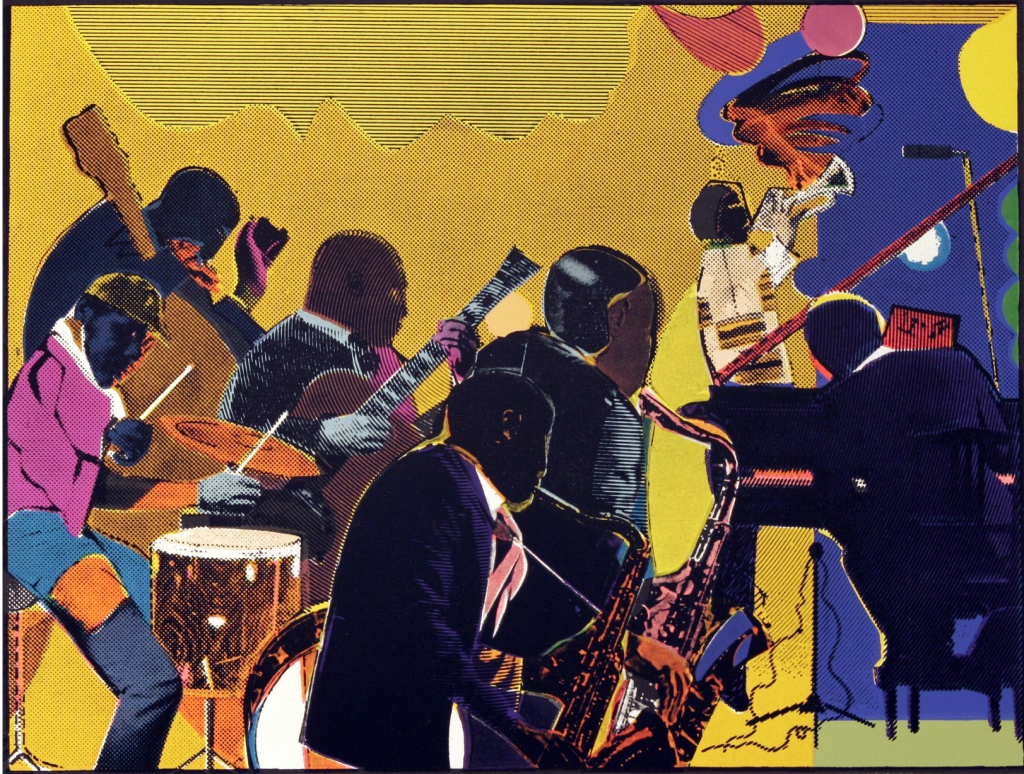 Weren’t Romare Bearden and Jacob Lawrence two great jazz artists who made prints instead of record albums? They were both storytellers, and as they improvised on their various themes, they had more in common with Ben Webster or Miles Davis than with the icons of late modernism in the visual-art world, especially with the scenes from Lawrence’s Genesis series, now on view at G.R. N’Namdi Gallery. Internet renderings cannot do justice to the delight and impact of these images, where Lawrence tells the story of creation through the body language of a charismatic minister at a storefront church, as Lawrence himself had experienced him sixty years earlier.

N’Namdi Gallery is also showing some of Bearden’s work and of special interest is an early abstract watercolor and a collage titled “Brass Section.” For an overwhelming Bearden experience, though, you’ve got to travel a mile east to the Chicago Cultural Center, where the Bearden Foundation has filled the Sydney Yates Gallery with prints spanning the artist’s career. The excitement of all that intense, colorful imagery is almost too much to bear, even if the curators have tried to divert attention to the variety of techniques (collograph, lithograph, etching, monoprint, drypoint, photo projection and more) used by the artist. Can’t prints be understood without seeing the many plates and artist’s proofs that were involved in their creation? And the understanding here is pagan.  Lawrence may have never strayed far from Christianity, but Bearden is one of those minstrels who “rouse the spirit of the earth” without ambivalence, irony, despair, disgust, criticism, or alienation—just a special life worth living—with the assistance of myth, ritual, magic and especially music, even if that special life is that of a steelworker, and the ritual is the early morning factory whistle. Lawrence, the Baptist minister, may invite you into his mythic world, but Bearden, the magician, won’t let you escape his. (Chris Miller)