Christian’s outlook isn’t always bleak, even though the work benefits from such doomsday mongering. In “I Am Tree,” the fool-faced clown is a millisecond away from crashing his car into a tree. This clown is Jackson Pollock, who famously declared, “I am nature.” Upon impact, he will be dead from meeting nature, the tree, head on. It’s nature vs. nature. Irony comes like a blow to the head, with stars shooting out the other side.

Ryan Travis Christian is a curator as well as an artist. He interviews artists on the website Fecal Face, and provokes unique responses when asking his subjects, for instance, to spontaneously invent something. 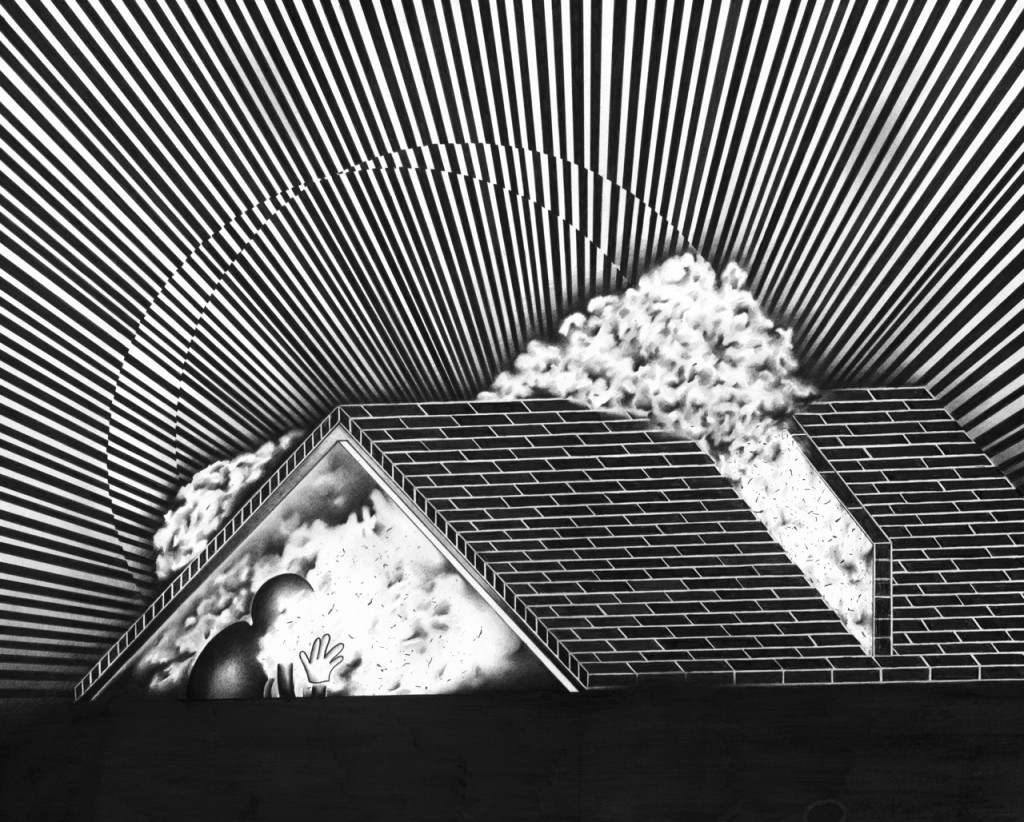