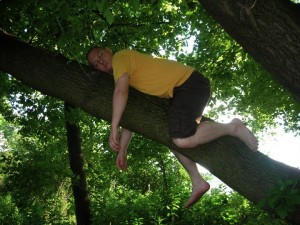 Elijah Burgher rubs subversion against subversion—that is, his pictures celebrate the tiny subculture of homoerotic witchcraft cults. Burgher draws imagery from covert historical and contemporary men’s clubs where rituals have been performed in the woods, sometimes nakedly, sometimes fantastically, sometimes real, like the recent ceremonies headed by queer art hero AA Bronson. There, participants invoked the spirits of the gay dead. These small communities thrive on the power of their ability to organize myths through a sense of group identity. They emerged in Weimar Germany, and in punk clubs, and in forest clearings. Burgher pushes the ritual connotations to some extreme ends, like sacrifice and bloodletting, not to shock viewers but to gain newly energized queer symbols. He calls this an “ecstatic fraternity.”

Another tool in Burgher’s kit are sigils. These appear as straightforward geometric abstractions, but they are also magical insignia or charms. They are crafted from specific desires, expressed as sentences. The artist removes the vowels and then arranges the consonants into a pictorial form, and formalizes the composition with color. The desire is hidden in the abstraction, accessible to viewers only as a formal construction. But for the sigil’s maker, the desire contained within can be activated by intense gazing during an orgasm or other climactic experience. “Whenever I look at an artwork,” says Burgher, “I like to ask what kind of spell is it casting.”   ghostvomit.blogspot.com 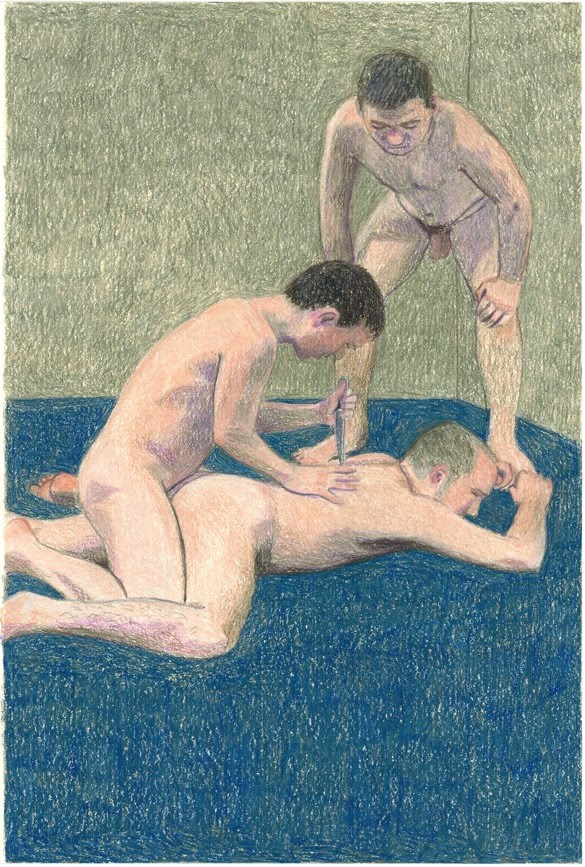