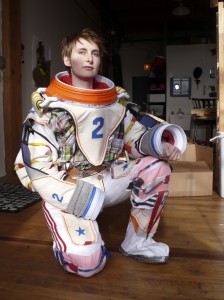 Betsy Odom recently competed on a woman’s softball team, partly undercover to research her latest series of sports-themed objects. “It was a strange good time,” says Odom. Despite being “untalented and terribly unathletic,” she confessed, the fruit of her play is wonderfully fresh, and could usher in a new dawn of sports couture. Her leather mitt is hand-tooled with delicate filigree designs. A crumpled hoodie is carved from cork. A footballer’s shoulder pads are adorned with ribbon and stamped leather. Mouth guards, tube socks, wristbands and leather, summer camp secrets and Girl Scout pride, sausages and Coors—these are the manifest objects of lesbian culture, accentuated with Betsy’s detailed handiwork and flair for Middle American craft. In Chicago, where sports fetishism hits a fever pitch, Odom’s objects are perfectly situated.

Much of Betsy Odom’s art reflects how subcultures appropriate symbols from the procession of mainstream culture. For subcultures, subversion is key, but it exists in our world even without radical intervention. Take Caster Semenya, the South African runner whose hermaphroditism was publicly revealed last year. Semenya is the subject of a heroic drawing by Odom. In another new body of work, Odom pushes lesbian subculture accoutrement into the realm of marriage registry loot, where female desire is perfectly situated. “I’m trying to use the rainbow in the straightest way I know,” says Odom. betsyodom.com 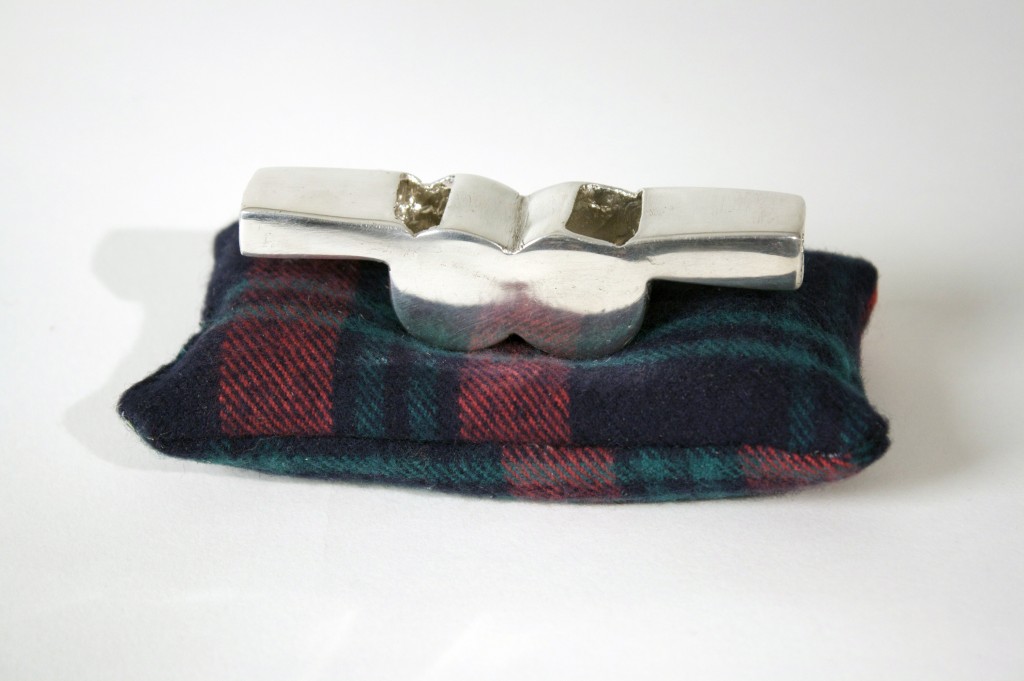