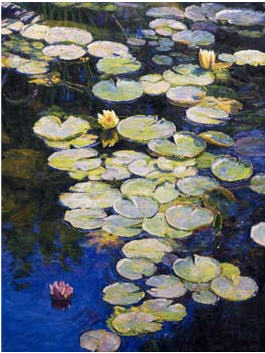 Can paintings that appear to be outdated examples of European landscape art possibly be considered “contemporary?” Apparently not, at least, to the curators who keep such things out of contemporary art museums. But what if they are made by an artist who emerged from the practice of abstract and conceptual art? Today, Gary Bowling is a successful landscape painter, but most of his paintings through graduate school were abstract, focusing on gesture, texture and the dynamics of color. When he became the art professor of a small Midwestern college, he produced projects like “Homage to the Hindenburg,” whose conceptual program was “to honor tragedy, and wonder how tragic events evolve into mythology.” The local newspaper, circa 1980, records that a large crowd, including the town fire marshal, gathered on campus  to see one of his art students, wearing a feathered war bonnet, fire a flaming arrow up into a hydrogen-filled contraption, deftly constructed from hundreds of sealed trash bags tied together with twine. The results may have been beautiful as well as thought provoking, but eventually Professor Bowling came to realize that much of what he found interesting required an element of not just surprise, but shock, and “I didn’t care much for that part of myself.” 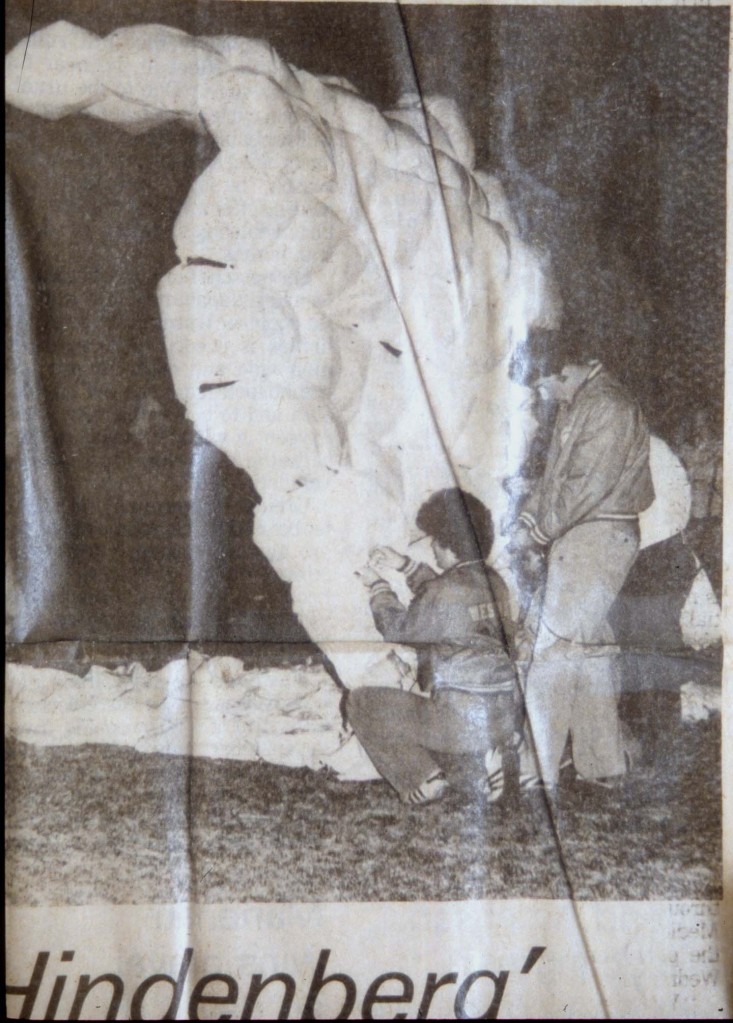 So, continuing in the direction of his MFA thesis, titled “Participatory Devices in Art,” Bowling once again queried what “mechanisms artists might use to connect with viewers.” He came to the same conclusion that conceptual “post-artists” Komar and Melamid would reach in the 1990s: the kind of painting that most people relate to is the “blue landscape,” i.e., gently rolling hills, lots of sky, some water and the opportunity for distant vistas, such as found in the Great Plains—or as evolutionary psychologists have suggested, in the savannahs of Africa where homo sapiens first emerged in the Pleistocene era. And so, leaving his academic career behind, Gary Bowling began to apply to landscape painting what he had learned as a contemporary artist. “I think my work often still has certain conceptualist concerns, but those are more artifact than primary intent. “Landscape” is a context to help viewers filter and place their experiences when engaged by the painting: brittle morning shadows flicker in a cool damp meadow, and so on. Of course, such ideas have also been suggested by banal calendar photograph art all over the world, but Bowling makes a good living. More than a hundred banks, airlines, hospitals and other corporate buyers throughout the upper Midwest have found his work especially compelling. “Essentially, my paintings are my way of thinking about, articulating, and hanging onto those ephemeral aspects of atmosphere and place that I have continued to find mesmerizing.” And if lots of contemporary viewers also find his paintings that mesmerizing, must we dismiss them as retardataire? (Chris Miller)