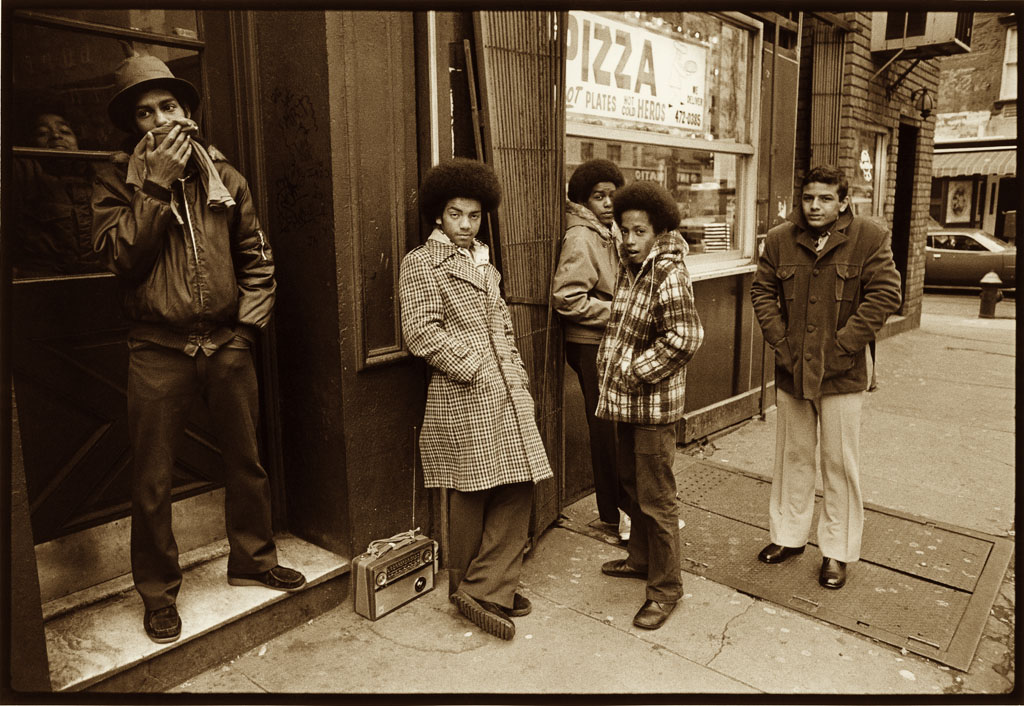 Known for his celebrity shots, which depict his subjects in sepia-toned prints that throw them back a century and exude a whiff of decadence and often exhaustion, Chicago-based Marc Hauser has worked for thirty-five years in many straight genres, including street photography, the archetypal portrait and the scenario portrait. In this broad sampling of forty-seven images, it becomes clear that each of Hauser’s ventures reinforces the others and that they all display a common sensibility of introspection combined with an array of emotions that unites the mean streets with the cloistered studio. Intermixed with the other images, the celebrity shots take their humble places, divested of hype. In the exhibit’s banner image, the odd couple of G. Gordon Liddy and Timothy Leary stand next to each other with furrowed brows and tight lips, staring into the camera with stern and stony determination—the quintessence of tough guys. Hauser explains that he shot the deviant duo on their speaking tour, “State of the Mind, Mind of the State,” inside a closet at Park West. Hauser turns everything and everyone into the bad old Chicago style, including the prophet of LSD and President Nixon’s plumber. (Michael Weinstein)