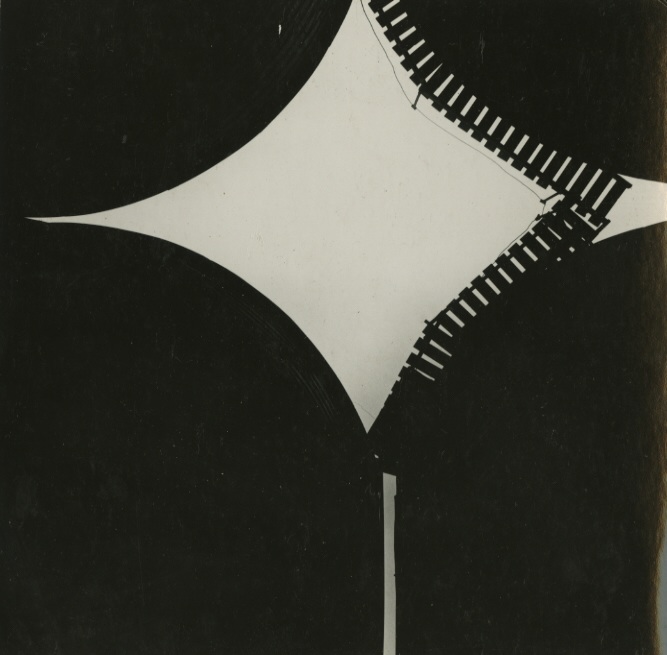 In an ambitious and successful effort to encapsulate the achievements of the generation of students taught by Harry Callahan and Aaron Siskind at Chicago’s fabled Institute of Design in the post-World War II period, curator Paul Berlanga has brought together sixty-eight black-and-white photographs by more than twenty artists that—when taken as a whole—do not so much convey the spirit of experimentation for which the I.D. was known as a film noir sensibility that is pervasive across the many genres and techniques the contributors deployed. The famous members of the last modernist generation, such as Barbara Crane, Joe Jachna, Ken Josephson and Ray Metzger are represented here; but the treats are images by neglected figures who have been rarely exhibited. Among them, Mary Ann Lea’s exquisite and moving abstractions are the treasures of the show; we see a cluster of four grain elevators, shot from below, reduced to massive black cylinders that frame a diamond-shaped patch of clear sky bordered on two sides by ladders attenuated to brocade. Ominous and elegant, “Davenport, Iowa,” which Lea shot in 1952, captures the deeper spirit of a time whose complexity of sensibility has been effaced by popular and official history. (Michael Weinstein)