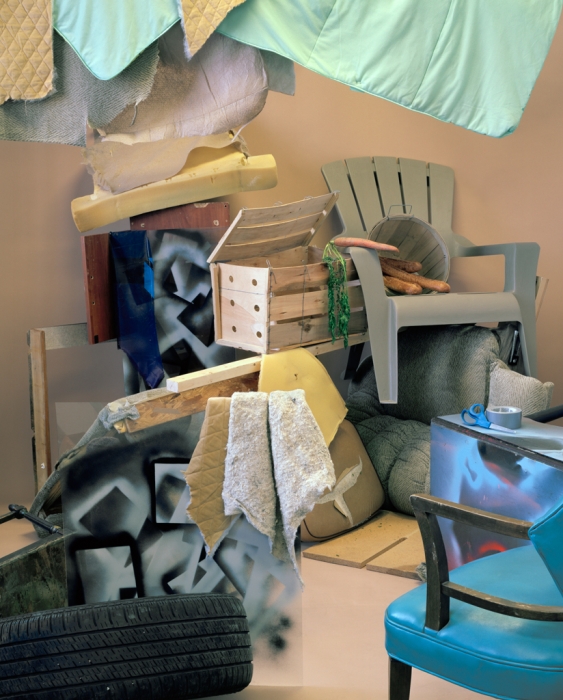 Consummating an improbable marriage between the ubiquitous trash photography and the modernist abstraction, Jessica Labatte serves up color shots of constructions of ordinary objects, either arranged in jumbled patterns reminiscent of Cubist paintings, or disposed into Minimalist forms. The calculated messes are the attention grabbers, adding an injection of Dada nonsense to the images, as when we see a room in which torn mats and bedclothes hang from the ceiling, under which a carrot rests on the arm of a plastic chair and some rolls of bread on its seat; the chair itself has been stacked on a pile of bedrolls, not to mention the tire on the floor next to a luminous abstract painting on plexiglass, and a pair of scissors and roll of duct tape—and that is only the beginning. Entitled “Chasing the Carrot,” this image transforms the art of stacking up junk into the act of sending up Modernist pretensions. (Michael Weinstein)