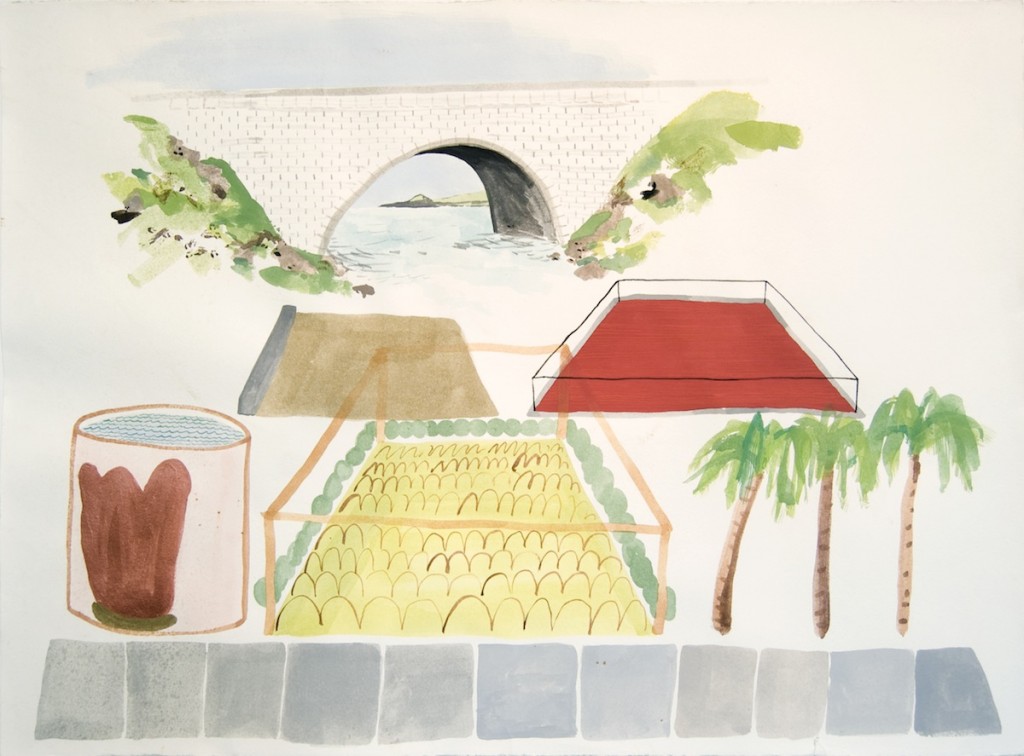 “These are the people I love,” remarks Carmen Price as we admire his ninety-eight panels of graphically embellished names of friends. The salon-style grid of drawings, like commemorative texts, are adorned faintly with pearlescent acrylic washes and cubed or loopy cursive lettering.

Price traces his involvement in the arts back to grade school where he decorated classmates’ Trapper Keepers, and a similar adolescent distraction dominates his visual vocabulary today. Although a single work can engage Price for a year or more, he describes his approach to each composition as largely intuitive, with no particular plan of attack or specific outcome in mind when he begins.

This call-and-response method, a fluid, almost musical template for working, produces layers of transparency blocked by opacity, indivisible amalgamations of various mark-making and a variety of paint-handling techniques that make a single piece appear almost collaged together. Othertimes, images read left to right, row by row—an individuated, wholly imagined strand of hieroglyphics. Complicating this matrix is his employment of a handful of iconic symbols, namely the caricatured alien head a la 1990’s X-Files ads, that function as surrogates for the unknown, the ambiguous or the literal other worldly.

Selection from "Shout Outs," 2010, gouache and graphite on paper

Born and raised in Kansas City, Missouri, Price lives and has studio space in Roots & Culture Contemporary Art Center. In 2005, a year before earning his BFA from SAIC, he was awarded an Ox-Bow fellowship, and after a transformative summer spent at the Saugatuck, Michigan school of art, he was under its spell. Since summer 2006, Price has been a chef there, working alongside Roots & Culture’s director/owner Eric May in the Ox-Bow kitchen from May to October, and since 2008, for the January winter term as well. Part of the perks of employment include access to all visiting artists and faculty members the camp brings in, and the studio visits and exhibitions in the campus gallery have kept him plugged in to a vigorous academic culture post-art school. He has reaped some of the Ox-Bow benefits back on the other side of the pond, earning him a place as one of many Ox-Bow affiliates in Corbett vs. Dempsey’s novel “Big Youth” group show of 2009.

Just as with the real-life friendships that inspired them, Price had more time to spend on some panels then he did on others. When asked if he would revisit ones presently on the wall, he said no, but that we could expect more to appear over the course of the exhibition. And despite their inspirational namesakes, if unsold, the panels will remain with Price—so until the June 12 closing, you can buy some love. (Thea Liberty Nichols)