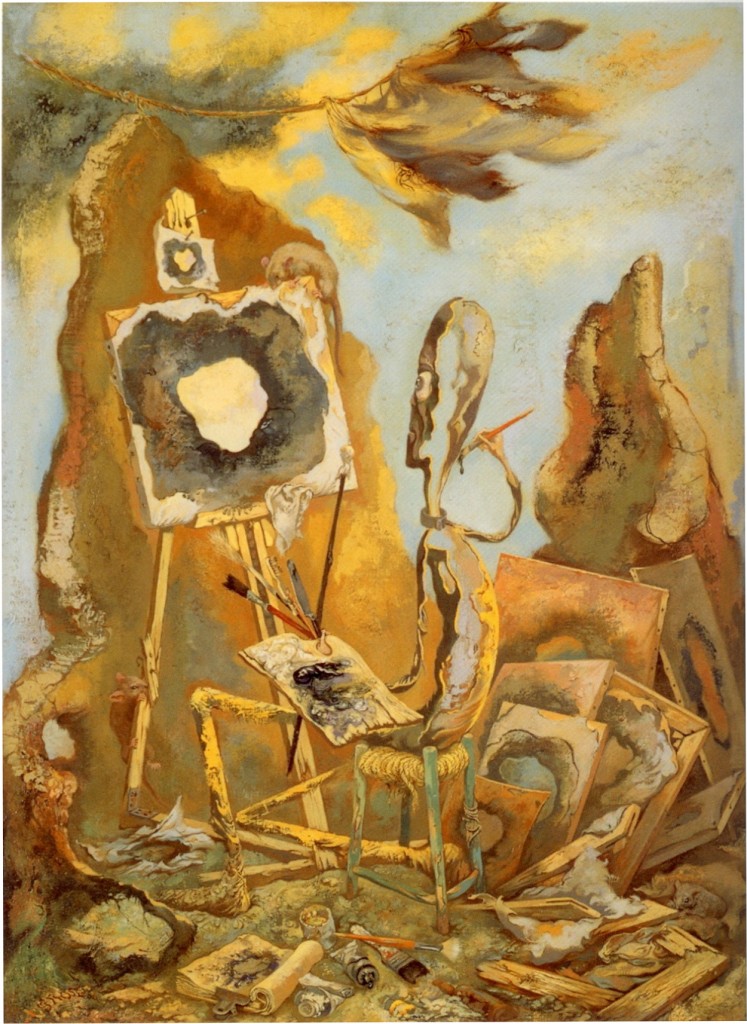 The aesthetic of German artist George Grosz (1893-1959) was forged during his service in the First World War. It was his disenchanted and pessimistic vision of war and the subsequent excesses of interwar German society that animated his artwork and brought him notoriety. With the Nazis’ rise to power, Grosz fled to the United States in 1933. Historically, the consensus has been that his work in America was inferior to his previous output, but this show at The Arts Club of Chicago, of only this American work, complicates that verdict.

George Grosz’s venomous satire is still largely evident as in the 1940s series of “stickmen,” emaciated gray figures of working-class poverty. These tortured souls are mutilated and deformed, as in “Grey Man Dances.” The figure’s ears are boarded up, chest empty and lips sutured shut. Grosz’s grizzly topics are amplified by his murky color choices and encrusted paint applications. Another poignant work that evinces the traumatic dislocation of Grosz is “The Painter of the Hole I” from 1948. Sitting at an easel, the same hollow-brained figure stares desperately at a rotting, blistered canvas. His brush is at the ready but the support is crumbling along with the world and his own body. His task is unenviable and absurd. His brush can’t help the situation, and it can’t drive away the rats from his feet. As a metaphor for Grosz’s own growing skepticism with political activism, this painting reveals his discontent with an activity that increasingly seems as hollow as his “stickmen.” (Dan Gunn)