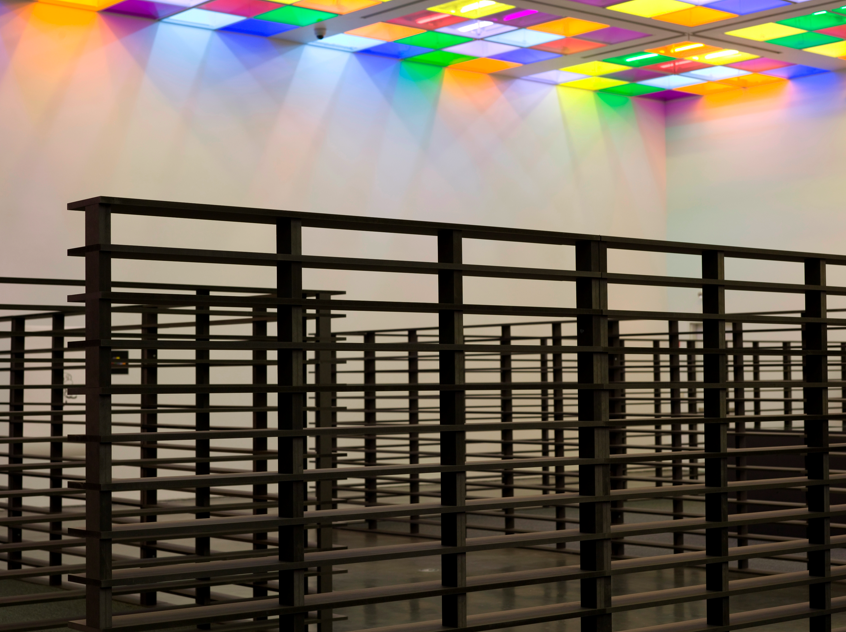 By Jason Foumberg and Erik Wenzel

Five months after Liam Gillick’s exhibition closed at the Museum of Contemporary Art, Anthony Elms attempts to right the wrongs of the “scant three local reviews” of the show in the May/June issue of Art Papers. Here, now, are responses to Elms’ critique from two critics who originally reviewed Gillick’s show.

In a 2008 questionnaire, Frieze magazine asked artist Matthew Brannon, “What do you like the look of?” and Brannon answered: Conceptual art. Brannon hit on something funny and paradoxical. Even though conceptual art stakes its claim outside or beyond the concerns of visual style, the genre does have consistent stylistic traits (such as lots of text and an austere taste for white). Consequently, conceptual art is at home in art galleries, where it is looked at, even as it begs to be thought about. Today, we’re comfortable with art objects pretending to be objectless, or anti-objects, such as the current hordes of community, social and political art. These genres, too, often make use of stylized objects, such as a stencil or a blackboard, a table or a carpet, to prompt the ephemeral art of thinking aloud.

All this is to say that Liam Gillick succeeds as an interior decorator of social art. Where a living room is generally pleasant to inhabit, a gallery designed for social art, by contrast, is sterile and aggressive (Elms’ adjectives). The spare furnishings (gray carpet, gray fences, large empty spaces, books enclosed in glass) were accompanied by orange-alert wall labels, half-heartedly espousing the ills of labor injustices and economic inequities. Elms writes that Gillick’s installations “display a relation to problem solving,” that is, they look like they could solve a problem. Anyone who has worked in an office knows that half of getting one’s work done is looking busy, which is perhaps why Gillick’s show resembled a corporate office purgatory where pre-meetings are called just to silently review the quality of colleagues’ office attire. It’s not entirely vapid; we like to look at things.

Social art, like middle-management office work, is a safe place for mediocrity to mature. Elms argues that Gillick’s installation had a “generative effect,” and that the artist granted us a critical space to ponder the problems of society. Gillick’s pretend generosity came to a simmer as he let the exhibition’s curator select the colored drop-ceiling tiles in the gallery, and it came to a boil when he hung the museum’s permanent collection in A to Z fashion. This is the familiar and fatigable routine of institutional critique.

Gillick isn’t a bad designer, but his pitfall is that his designs (from his sculptures to his dust jackets) are forced to be meaningful. Take away Gillick’s pompous wall labels and his vague and unconvincing writing (see the many quotes in Elms’ essay), and his sculptures would be satisfying to look at. They wouldn’t be unique, but that’s what makes them so stylish. (Jason Foumberg) 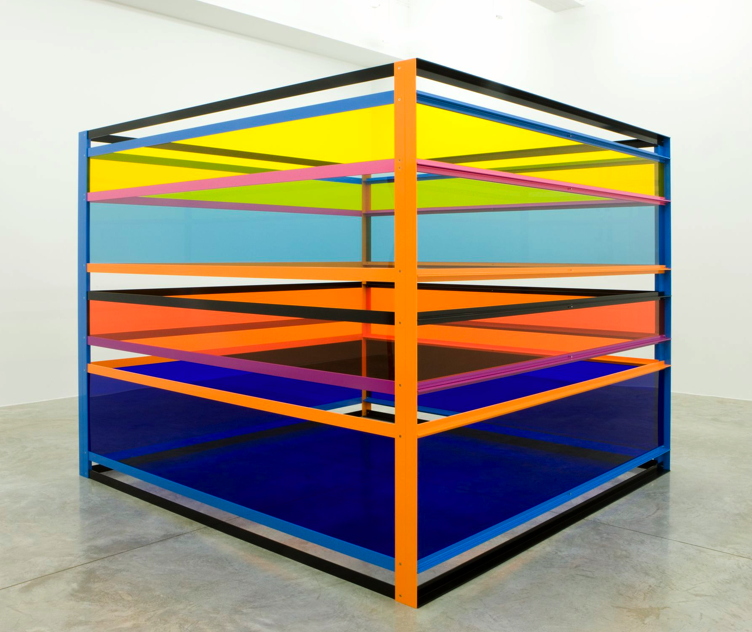 If you are going to unload both barrels in the faces of your peers, you better not do it half-cocked. But that seems what has occurred in Anthony Elms’ Art Papers j’accuse of the Chicago art press’ response to Liam Gillick’s recent MCA exhibition(s). From the beginning Elms takes aim at “the scant three local reviews.” A quick search brings up at least five. When I talked to him about it he said he only read one of my reviews, the one of Gillick’s curatorial project, not the main one about “Three perspectives and a short scenario.” Oops. Had he read both reviews, I think he would have seen I addressed some of the glaring oversights he lamented. He still would probably disapprove. There are things I would say differently in both pieces, and I do wonder if I did justice to Gillick’s projects. But I certainly did not “behave without consideration.” For me, the exhibitions produced many productive conversations, of which the reviews are just a part.

I am curious why Elms felt that a piece on Gillick was the time and place to dress down Chicago art criticism. The message sent by his article is clear: you don’t understand Liam Gillick, I do; and by extension the complex workings of art. The tone is condescending, like a displeased schoolmaster or an angry boss: “Chicago’s critical community abnegated this responsibility.” What a strange attitude toward art criticism. It sounds so dire. To me writing about art doesn’t come out of some prescribed sense of duty or responsibility. I wrote about Gillick because I was interested in his work and I wanted to; I felt it was important.

Rather than generally attack previous responses to the show, one could either cite specific instances, or just write the “proper” review that covers the “proper” points. Why make the thesis of your article how we all fucked up, like a bunch of small-town police letting the Duke Boys get away? My problem with what Elms has written is not his interpretation of Gillick’s work, which in some instances is in line with mine. It’s not even that he attacks art criticism in Chicago; again I don’t totally disagree with him. But rather than encourage a dialogue about the artist’s work, or art criticism, Elms shuts everything down by assuming some sort of all-knowing authority—the righteous and angry Moses of art theory. (Erik Wenzel)