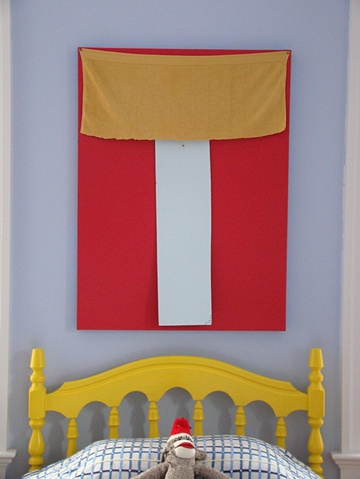 “Can we hang the painting this way?” asked an interior designer, holding up a washy abstract canvas over an antique side table. The painting is by Deborah Boardman, and the answer was no, even though it would have fit better horizontally, but sideways, in that corner of the living room. Peter Fagundo, whose collection of paintings is being used in the staging of a restored landmark mansion in Evanston, made the call. “It’s not one of mine,” he said, although plenty of his own works, a decade’s worth of paintings, grace the home’s walls and halls.

The funny exchange between designer and artist highlights the typical way that many interior designers and homeowners use art—as one design element among many, like a carefully placed basket of potpourri. Janet Kohl and Peter Fagundo purchased the Evanston home twelve years ago with the goal to restore it, and this week’s celebration, with tours and workshops, marks the culmination of a massive home-renovation project. For one of Janet’s previous restorations, HGTV caught her on film belittling the use of framed Monet prints as a design tool. For this project, with the help of Peter’s art collection, the goal is to challenge one’s assumptions of how we incorporate art into our lives. 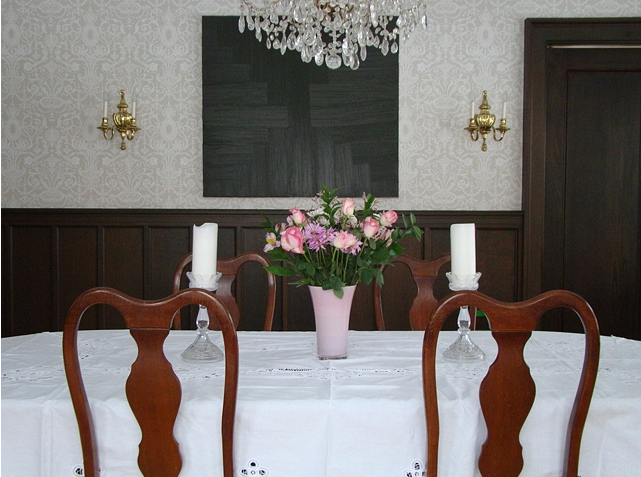 The 8,000 square-foot historic home is just one of many mansions on this desirable strip of Sheridan Road, but it is one of the few to have earned national landmark status. Architect Ernest Mayo designed it at the turn of the nineteenth-century, and it sports a mixture of local and international architectural motifs. Janet jokes that when she purchased it she held a Halloween party and didn’t have to buy party decorations. The place was a wreck. Holes ripped through the floors and ceilings. Today, the original woodwork, fixtures, appliances, even doorknobs, have been polished and restored. A handful of designers have staged period furniture and antique rugs in the rooms.

The restoration could convincingly take you back a century, but the unabashed contemporary art collection purposefully jars you out of Victorian reverie. Paintings by Howard Fonda, Michelle Grabner, David Coyle, Noah Rorem, and Deborah Boardman catch your eye in the kitchen, halls, and children’s rooms. The majority of the collection, though, is Peter’s own works. Against filigreed wallpaper hangs a toothsome, dark gray monochromatic painting in the dining room. Like most of his paintings, the gray monochrome is made with minimal means but is heavy with encrusted material. Although he painted the entryway murals in a rococo style as a wedding gift for his wife, elsewhere in the home, which Peter and Janet live in with their children, Janet’s Francophile taste competes with Peter’s austere modernist approach. The harmony of disparate domestic styles can be a metaphor, says Janet and Peter, for romantic love. With art, we often find difficult or provocative contrasts to be the most enjoyable. So, too, might strange and unique objects cohere magically into a home. (Jason Foumberg)