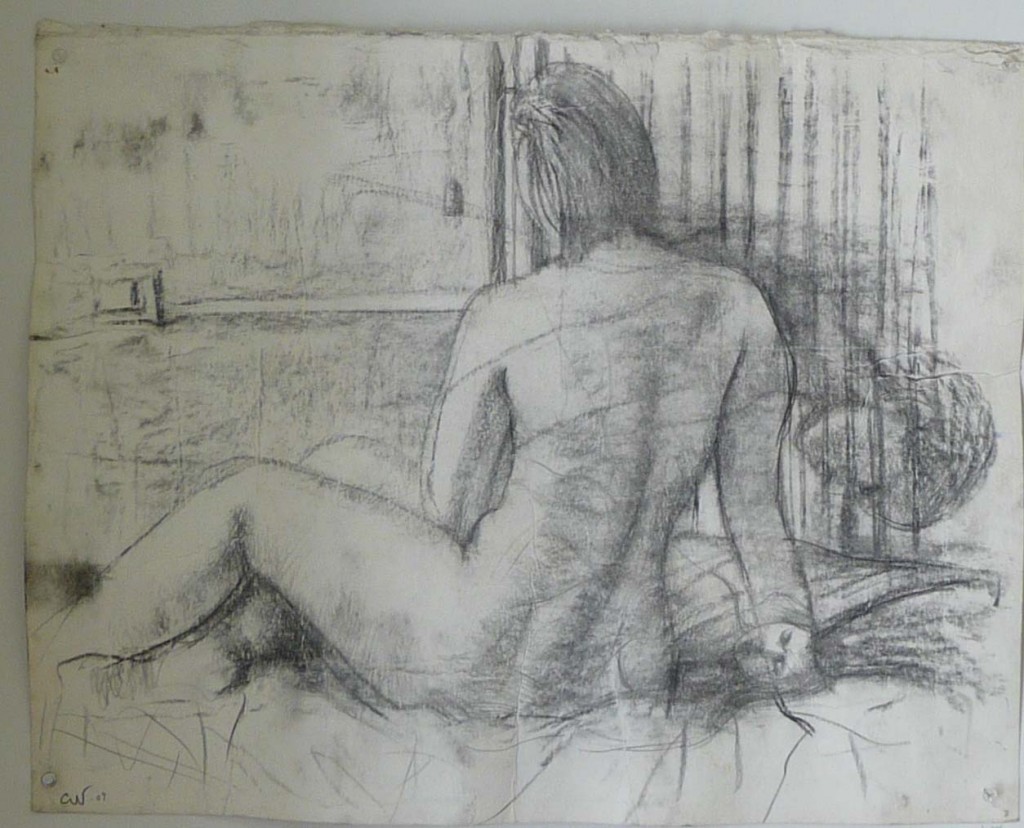 Unless they’re attributed to famous artists, quick-sketch life-drawings have negligible cash value. Nudes have always been problematic for American collectors, and quick-sketches do not demonstrate the excruciating detail that appeals to both neo and paleo-academics. So, you will hardly ever find quick sketches in the kind of galleries that have to pay big rent. And yet, sketches can present not only a spontaneous, thrilling virtuosity and beauty, but also a way of looking at people that characterizes both the artist and a specific time and place. What looks more interesting to the human mind than the face, flesh, and posture of other humans?

Of course, the quickest way to make some kind of image is to click the shutter of a camera. Not many people still have the time and patience to develop the skill of composing so quickly, while controlling a spatial illusion with ink or chalk on paper, especially now, when that ability is no longer demanded by art schools. But some people do persist with this arcane academic European practice, and a few even get very good at it, as demonstrated by a group show at Tom Robinson’s studio gallery.

The show is especially interesting because of the wall of drawings done by Chuck Walker, a leading Chicago figuralist whose next show will be at the Linda Warren Gallery next autumn. Walker stands out because his figures don’t—that is, he draws the space both inside and outside the contours of the body. And he always seems to be telling some kind of gritty story about the yearning of full, ripe and sensual young women. There are several other good artists in the show, all of whom rise above that cartoonish quality that has defined narrative visual art in Chicago for many decades.

What’s missing, though, is the male nude. Whatever happened to the virtues of masculinity? And where are the young artists? None of the artists in the show are under 30, and most of them are 20 years older than that. (Chris Miller)