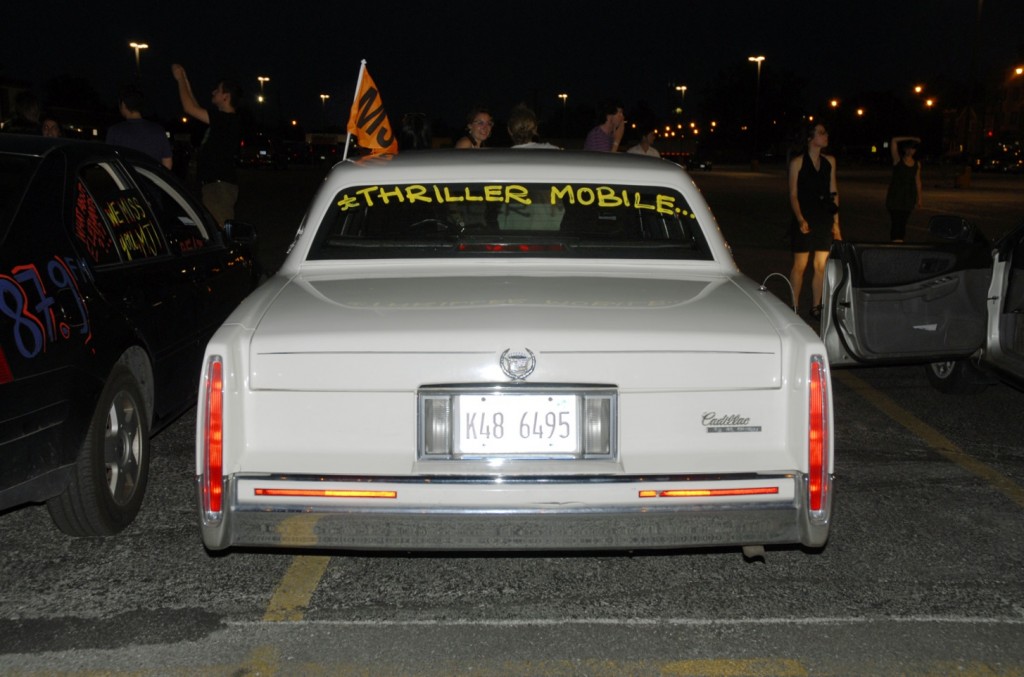 Jason Lazarus likens his latest project to marriage. “There’s compulsion, but it’s not easy,” he quips. At the time of our conversation, he is hard at work organizing a fifty-vehicle memorial procession to be held on June 25, the one year anniversary of Michael Jackson’s passing. It will begin at the pop icon’s childhood home in Gary, Indiana, and continue to downtown Chicago. The vehicles, bearing silk-screened orange flags, will blast a retrospective playlist from a pirate radio station rigged by Lazarus. Participants are asked to document their experiences through photography and video to contribute to a “repository of documentation.”

“I’m interested in the complexity of trying to mourn somebody who had a complex life,” Lazarus elaborates. This occasion marks the first time that the photographer has worked on such a large scale. His plans are grand by most standards, even his own. He concedes, “I envision fifty cars, but I don’t know what count we’re on.” As with any other project of this magnitude, there are issues that need to be resolved, some more pressing than others. There are the logistical issues, like route planning and accommodating a growing “small critical mass of energy,” including last-minute participants and those without transportation. Additionally, the pirate radio station isn’t working well enough just yet. He hopes his back-up plan, burning the playlist to CDs for each car, does work. For a while, his car battery was dead, jeopardizing his own participation in the event. Fortunately, he managed to find one within thirteen minutes of pleading on his Facebook page. He hopes the replacement is functional.

And then there’s the legality of the procession. “I didn’t want to create a situation in which something illegal was happening,” he explains. Rather than “co-opt a funeral procession,” there will be various meeting points for participants, and traffic laws will be obeyed. The event is essentially a large group of people with the same destination in mind.

The endeavor has challenged Lazarus to seek out these sorts of loopholes in order to realize his vision. He managed to organize the entire procession without any red tape, and didn’t apply for a parade permit. He says that if there’s one thing he’s managed to take away from the experience so far it’s that one need not interfere with bureaucracies in order to accomplish something. “Artists are by nature DIY,” he suggests, “It’s a different economy, one less about money and more about resources and expertise.”

Lazarus describes the project as a “willful letting go.” It has forced him out of his comfort zone in exciting ways.  “A lack of comfort is a good sign in artistic growth,” he insists. Though initially intimidated, Lazarus elected to “roll with the punches” in terms of organization, and to embrace what others can bring to the event. (Emma Ramsay)