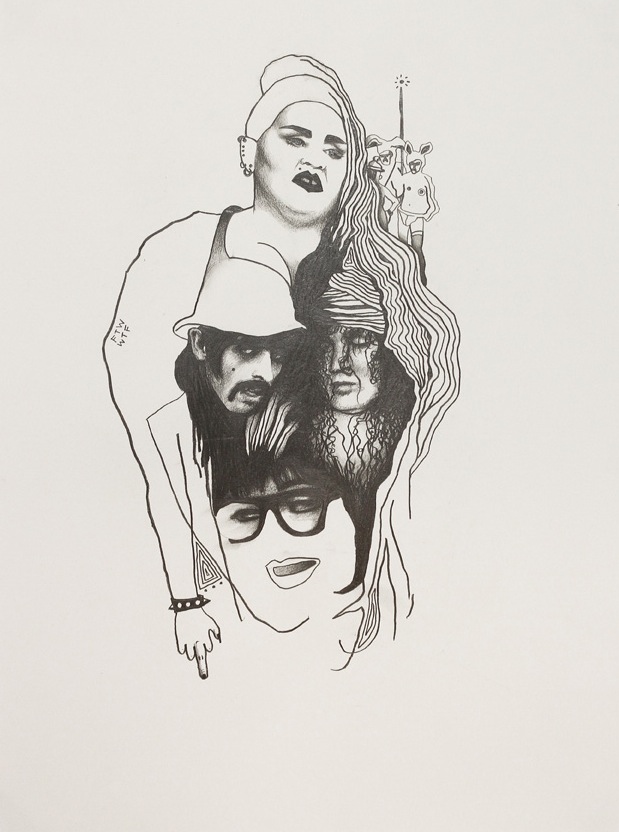 Thomas Robertello Gallery, which will be closed for the entire month of August, has placed all its artistic eggs in one basket this summer with “About Face,” a group exhibition featuring works from a remarkable array of both new and emerging artists working in a variety of media. The work is just as intriguing in concept as it is in presentation, with artists tackling identity issues, physical imperfection and the malleability of perception with the sort of dexterity and wit worthy of a remarkable show. Jason Robert Bell’s “Mirror” offers up an aggressively painted, hypnotically grotesque version of Kala, the mythic mother of a primeval man, while Travis LeRoy Southworth’s “I Re-Touch Myself” prints present clever self-portraits in which all but the moles, pimples and other undesirables of his own visage have been airbrushed away, leaving behind only the constellation of his physical shortcomings. Noelle Mason’s “Bob and Weave” video—an easy, if disturbing, favorite—showcases the artist herself in a halo of pink as she is literally slapped bloody by her large male opponent. Over the course of the ten-minute video, Mason’s smiling face grows increasingly strained before flashing back to its original state, creating a Sisyphean loop that straddles the line between reality and performance. However, if anyone is the star in this show it is Robertello himself, whose curatorial prowess shines in his organization of such a range of artists. Though “About Face” relies heavily on work that has been seen before, the pieces play off one another well, highlighting fine points in new and intriguing lights and inviting both seasoned gallery-goers and newcomers into the space. (Jaime Calder)