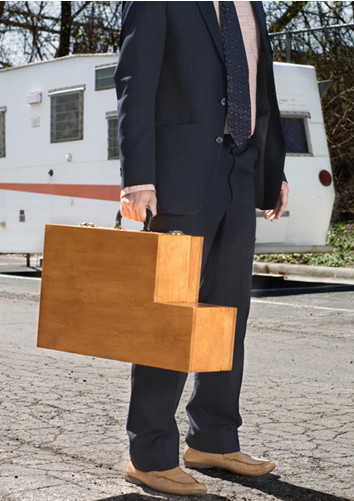 It’s always pleasurable and edifying to chat with Jim Duignan, the founder of Stockyard Institute, as I find him to be one of the more inspiring people I have come to meet in Chicago’s art world. He is a “connector,” a term famously coined by Malcolm Gladwell in reference to Lois Weisberg, Chicago’s Commissioner of Cultural Affairs. Like Weisberg, Duignan is in possession of a powerful toolkit, concerning not just the visual arts but also music, publishing and radio, which he shares openly with anyone who needs a creative lift. Unlike Weisberg, though, Duignan does not need to navigate the city’s red tape and dwindling funds for art. Instead, his enterprise operates in addition, or as an alternative, to Chicago’s institutional imprimatur. Still, Duignan works with the public, specifically in Chicago’s Back of the Yards and Austin communities. For the next five months, through November, you may connect with Duignan and his team of cultural producers at “Nomadic Studio,” headquartered at the DePaul University Art Museum.

It takes more than just opening a storefront gallery space, and hosting a potluck and Friday night film screening, says Duignan of the various successes and trappings of alternative art events. Often, alternative community art centers have all the charm of a street fair, with the compulsory kids-craft table. But Duignan is after something more enduring. “I want the level of quality to be as high as possible,” he says of the art made by his students. To reach this high level of quality, he enlists experts. Sometimes, even, these experts include the students themselves. On one occasion, he facilitated a workshop where students taught teachers how to use spray paint as a creative medium. 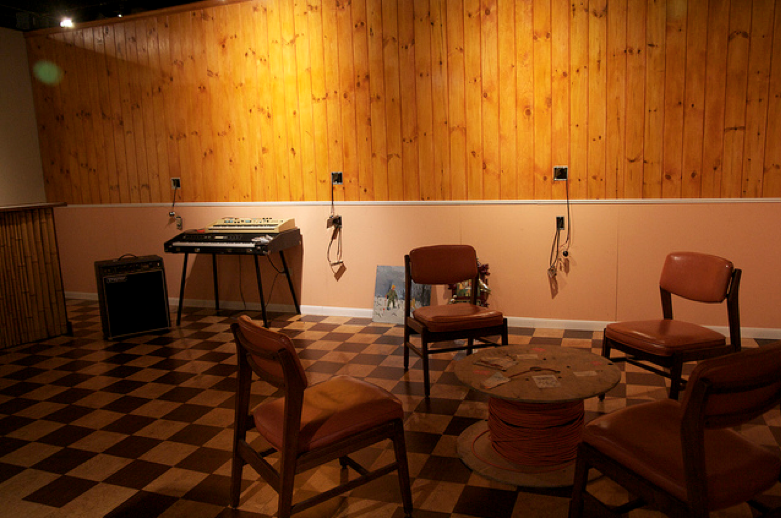 With Faiz Razi and Beth Wiedner, Duignan transported the daily activities of Stockyard Institute to the DePaul museum. The space is divided into two sections, the exhibition space in front and a series of workshop and play spaces in back. The back is open to anyone, and the front contains some large-scale pieces of painting and sculpture that testify to Duignan’s insistence on high-quality production.

The workshop spaces include a one-watt radio station, where anyone can host an interview show; Brandon Alvendia’s Silver Galleon Press, which is a bookbinding station; Ed Marszewski’s mobile screenprinting cart; and a zine library housing dozens of historical and contemporary publications on topics ranging from the plainly alternative to the radical. It is here, too, that SITE will be initiated, an online resource aimed at experimental art educators. The spaces are multi-disciplinary, including the Rumpus Room, an installation replicating the typical Midwestern wood-paneled domestic basement, here serving as a practice space for local bands, and Musical Chairs, where one-minute sound compositions, each made by a different artist, are played at random, in tandem, one in each ear. The collage effect is startlingly beautiful. 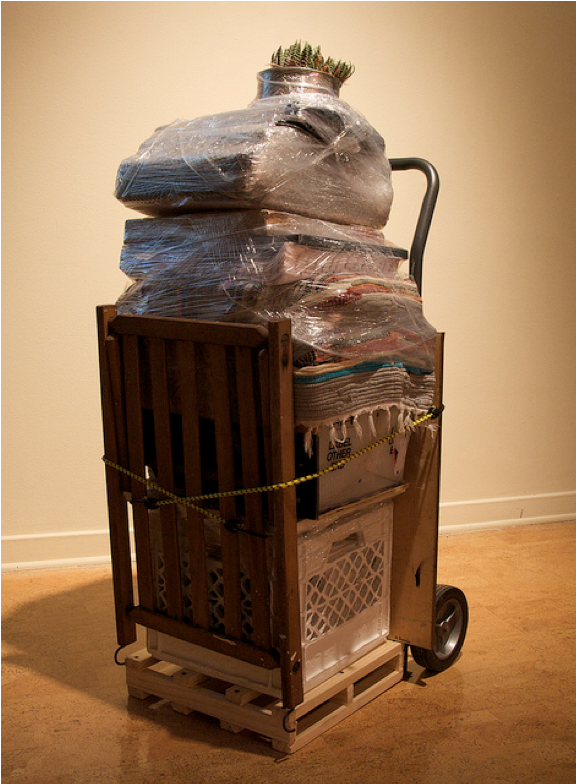 All this will change. The exhibitions will be rotated and the art works will accumulate, and each month promises a new creative theme. July is for music, and October is for art teachers. Many of the workshops are actually nomadic, so the space can be reconfigured and adapted as needed, and as the spaces are multi-use with few physical boundaries, inspiration can bleed like the Musical Chairs chance sound collaborations.

“Nomadic Studio” is part of the yearlong Studio Chicago initiative, the thematic exhibition and event framework enacted all over the city. So far, Studio Chicago has done an amazing job at unifying Chicago’s creative makers and thinkers, especially in a city where there are so many distinct circles of creative production. (I hope Studio Chicago can be a model for similar future endeavors.) “Nomadic Studio” is the best iteration of the Studio Chicago theme. Where the MCA’s “Production Site” exhibition presented the artist’s studio as a metaphor, the current show actually reveals the creative act. “Nomadic Studio” promises not just the art product, but also the process. It makes this process transparent, and invites outsiders to participate by sharing some skills that are often roped off by high art institutions. “Refer to people as producers,” says Duignan, “and see how it changes everything.”

Through November 20 at the DePaul University Art Museum, 2350 North Kenmore.