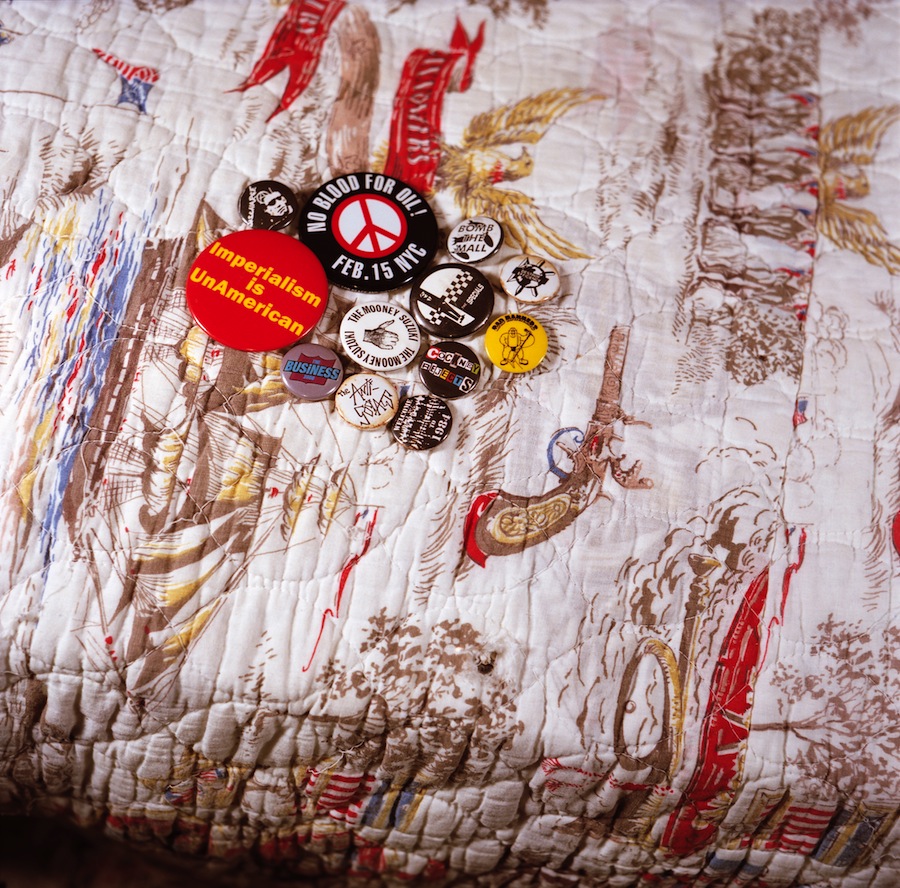 In a photographic trip down his personal memory lane, New York photographer Gregg Evans, who has recently moved to Chicago, lets us participate in his bleak nostalgia for times gone by through straightforward color images of humble objects that he “once owned,” such as a day planner, catalogues from the Rhode Island School of Design, and a pin collection indicating left-of-center political-punk proclivities. Laid on a tacky bedspread or a rough table counter in a dingy room, the objects radiate a sense of distaste, as if Evans had been dragged into a past that he would rather not relive, yet has been forced to try to reclaim. Evans’ flat pathos is distilled to its essence in the assortment of pins, some of which are rusted on the edges and all of which have lost their freshness and luster. The most battered and worn message button reads “Welcome to 1984.” For Evans, it has all just come and gone, and what remains has been rusted out in the mind. (Michael Weinstein)