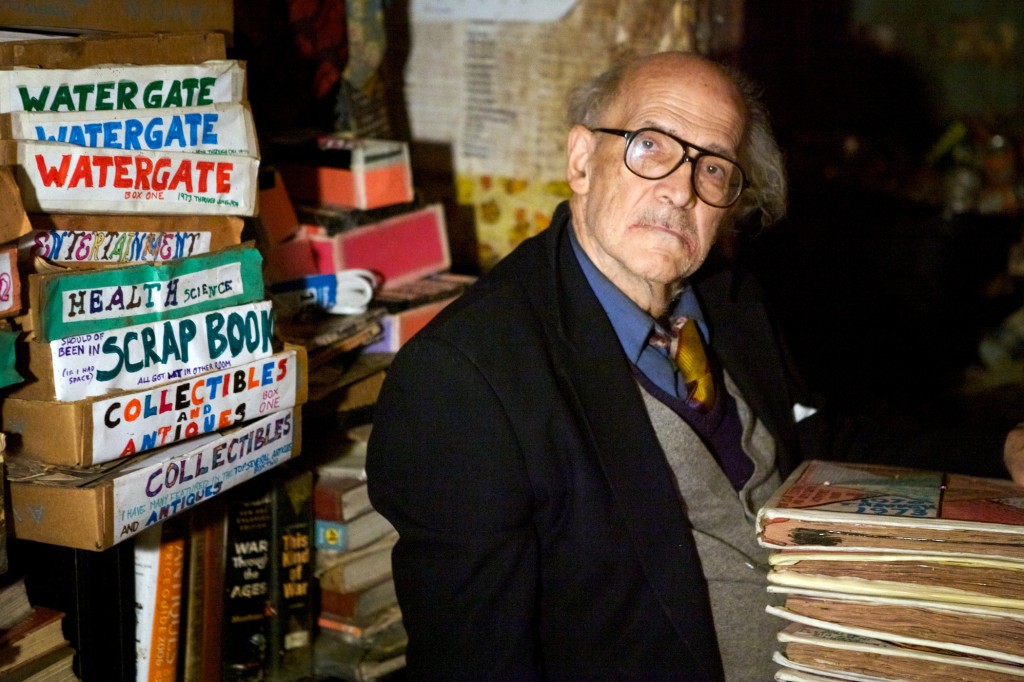 I met artist Peter Anton just as he was about to have a life-long wish reach fruition: seeing his work installed for the very first time in a formal gallery space. This dream was a long time coming for Anton, who is now 78. His reaction revealed that the wait was worth it. Anton, who is wheelchair-bound, gazed up at his paintings and the photos of his work, grinning unabashedly, his eyes wide behind plastic-framed glasses. His first words were “Wow, wow, wow!”

For someone who has experienced many personal struggles (nearly dying from pneumonia at age 3, mourning his brother’s childhood death, being removed from his decaying home by social services), Anton is a rarity—affectionate, outrageously funny, unpretentious, and humbled by his own life and experiences.

“I promised God, until I’m finished, for my life to have purpose, to serve people,” Anton says. “I’ve had perseverance, you know what that is? You have to keep trying, keep trying.”

Anton is an East Chicago, Indiana resident who has lived in the same house his entire life. After finishing only a fourth of his college art degree, Anton found himself without funds to continue his education. His belief in his duty toward others led him to start a talent club in his neighborhood in 1949. He coached children in lip-synching performances and taught art classes. The talent club was successful for several years, and Anton is still proud, calling that time his “movie-star years.”

His debut exhibition at Intuit Gallery is part art and part biography. Titled “Almost There,” a phrase that Anton uses to explain how he’s just shy of accomplishing all of his dreams, the show is comprised of several of his paintings, which narrate significant moments in his life, such as the talent club. Anton was also an avid hoarder, filling his house with boxes of newspaper clippings ranging from Watergate to antique collecting, and stacks of books on every imaginable subject. Photographs of these documents are also part of the exhibition, displayed by curators Dan Rybicky and Aaron Wickenden.

The gem, though, of “Almost There” is Anton’s twelve journalistic scrapbooks, dating back to 1948, which chronicle his life through personal notes, photographs and various ephemera, constructed with tape, glitter, marker and glue. Anton’s art documents the heroic choice to create, and his life story reminds us of the significance of celebrating our own memories and the richness of a life lived with purpose. (Naomi Huffman)