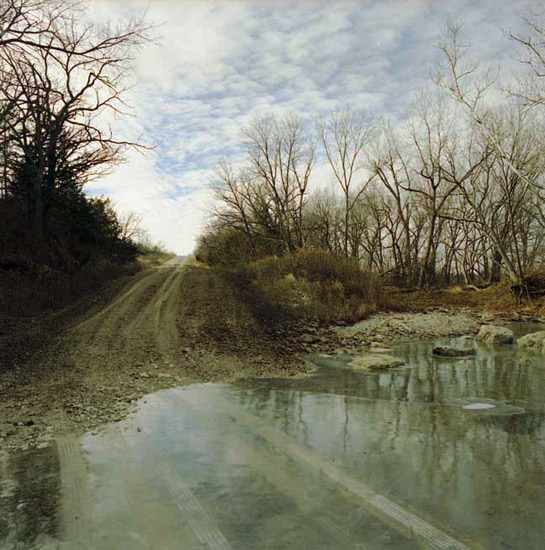 For its maiden show, Chicago’s newest—and very promising—photography gallery showcases the works of Joel Wellington Fisher, Justin Thomas Leonard and Joe Johnson, all of whom studied at the New England School of Photography and present emotive studies of intimate urban and rural spaces, ranging from Fisher’s gritty and edgy black-and-white abstractions, through Leonard’s dreamy color impressions of Gulf Coast glades, to Johnson’s muted color shots of the Kansas boondocks. If, as social critic Tom Franks has insisted, there is something the matter with Kansas, you would not know it when you look at Johnson’s take of old George, who owns and operates a simple foundry out in the sticks of Wannego, sitting on the hood of his Jaguar with his dog; he has repainted the car garishly in white stars on a blue background, along with other touches, that make it look like a thinly disguised beater. Cultural play is alive and well in Kansas, far from the city-slicker status seekers. (Michael Weinstein)