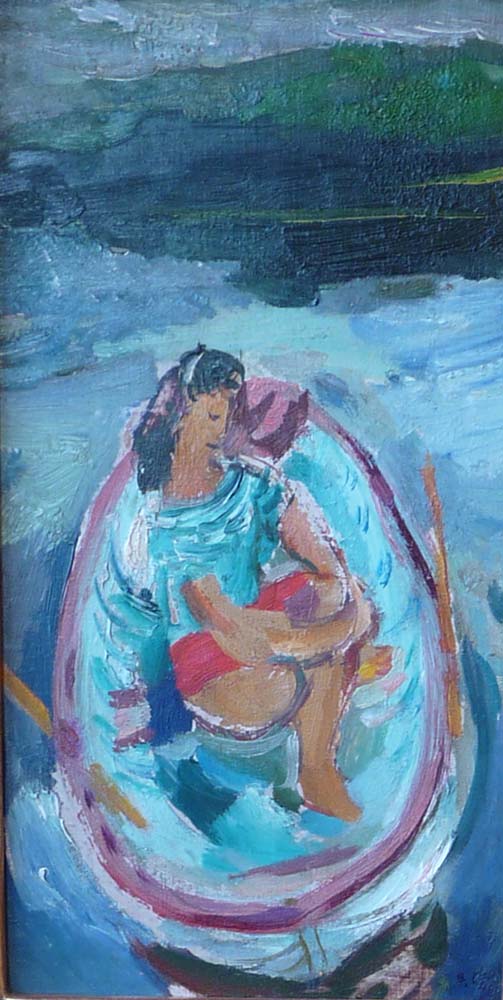 The primary function of art in Chicago before mid-century was to get the hell out of the big, grimy, corrupt city and retreat, like Thoreau, to the quiet pleasures of nature. So, Chicago art was mostly about landscape painting, and Chicago artists took their viewers on trips to the Ozarks, Brown County and other locales. One such sylvan location was Saugatuck, Michigan, where, in 1910, two Chicago artists established a summer residency that would become the Ox-Bow school of art, and now Corbett vs. Dempsey celebrates the school’s 100th anniversary with an exhibition of distinguished former residents.

Many styles of art have come and gone in the past hundred years, but the most charming, at least in this exhibition, is the Regionalism of the 1940s that promoted the quaint notion that there was something about our lives and land that deserved to be celebrated. What could be more worth celebrating than an artist’s colony in a scenic area? Even Miyoko Ito (1918-1983) and Margo Hoff (1910-2008), who would later be distinguished for their abstract painting, left charming views of “My Room in Ox-Bow” (1949) and “Summer Studio” (1945). The guys seem to have been more interested in the town. Edgar Rupprecht (1889-1954), who had studied with Hans Hofmann, the prophet of abstract expressionism, has a view of Saugatuck (1940s), and the W.P.A. artist Max Kahn (1902-2005) did a view of the Ox-Bow lighthouse (1945), while Francis Chapin (1899-1965), who seems to have specialized in recreational activity, is here represented by “Girl in Rowboat” (1948). More recent painters have, understandably, worked with less representational themes, but at the last minute, the gallery got some delicious watercolors by Seymour Rosofsky (1924-1981) of “Ox-Bow” (1967) that almost overcome his habitual neuroses. Overall, it’s a wonderful escape from the hot summer city and the rest of the twentieth-century art world. (Chris Miller)

Through August 21 at Corbett vs. Dempsey, 1120 North Ashland, third floor.