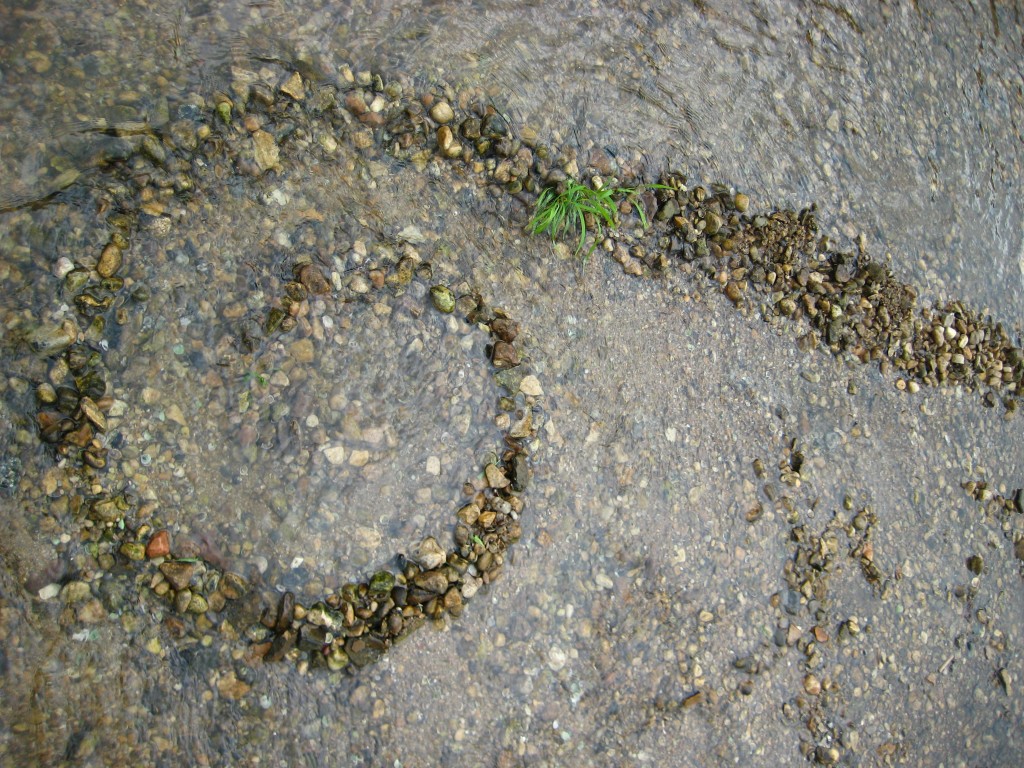 It seemed like nothing more than a way for a couple of unemployed college students, living at home in the suburbs, to kill a few summertime hours. For the longest time this was the truth.

Vivek, my friend and collaborator, assured me that we could reconstruct Robert Smithson’s cornerstone of land art, “Spiral Jetty,” in a single day, in the forest preserve of DuPage County. I was skeptical. Smithson’s monument to nature, completed forty years ago on the coast of the Great Salt Lake in Utah, is a 1,500-foot long, fifteen-foot wide coiling mass of mud, precipitated salt crystals and black basalt rock. It reportedly took Smithson and his crew six days to construct, and was financed for nearly $9,000.

Even with these figures in mind, and comparably limited means between the two of us, my good friend and I decided to try our hands at it anyway. Finances aside, we could never reproduce the grandeur of Smithson’s work due to the unvaried nature of the suburban Chicago landscape. The DuPage County boasts ample forest preserve and shallow bodies of water. We could at least try. 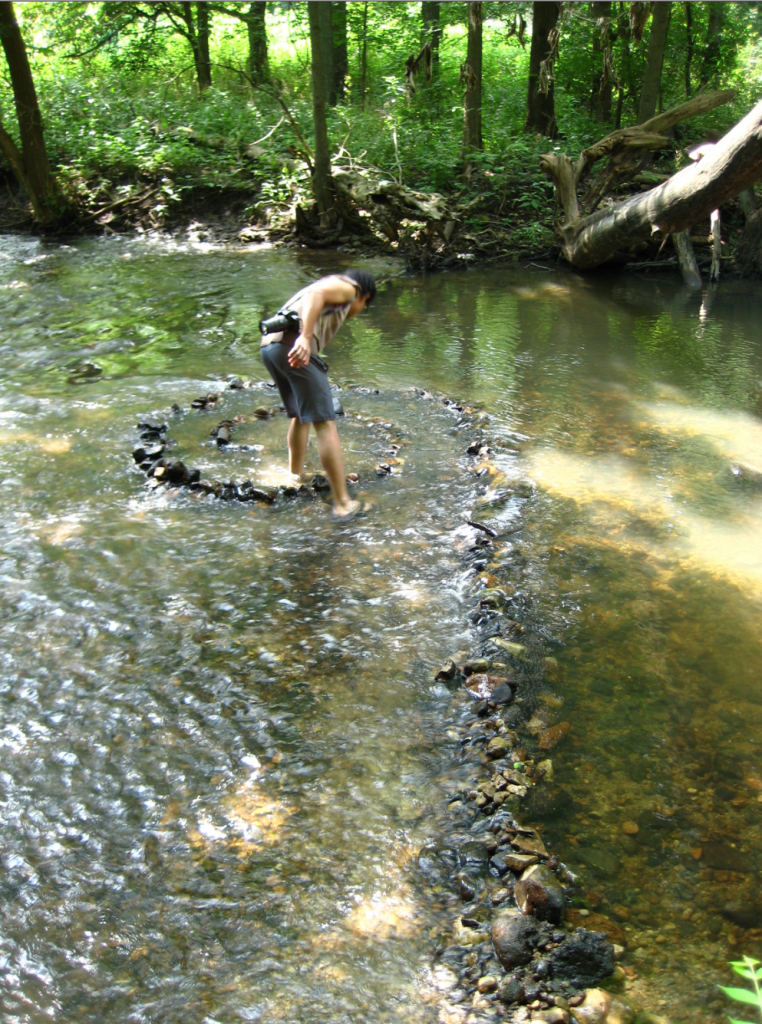 It was imperative to find a site that would enable us to work efficiently and without creating a dam or disrupting the water flow. Our location also needed to have rocks in varying sizes and a large viewing window. Of course, we actually wanted people to see the finished product.

The first location we scoped was a shallow stretch of river spotted with little islands of pebbles, shells and sand wedged between two busy streets. Materials were plentiful, but their minuscule size would not make for a large, visible jetty. The second location was in Knoch Knolls forest preserve, in Naperville. Though this part of the river was quite polluted—we came across considerable amounts of trash during our initial visit—it met all of the criteria for a successful land intervention.

Vivek was right. We didn’t make just one jetty that day. We made two of them in less than five hours.

The construction itself was as simple as could be. We waded a short distance to our site, where we arranged large rocks into an elongated spiral and layered it with small stones for decoration. We based the design off a rudimentary sketch Vivek made in a notepad, a faithful rendition of Smithson’s creation that we left in the car. We constructed the finished product entirely from memory. 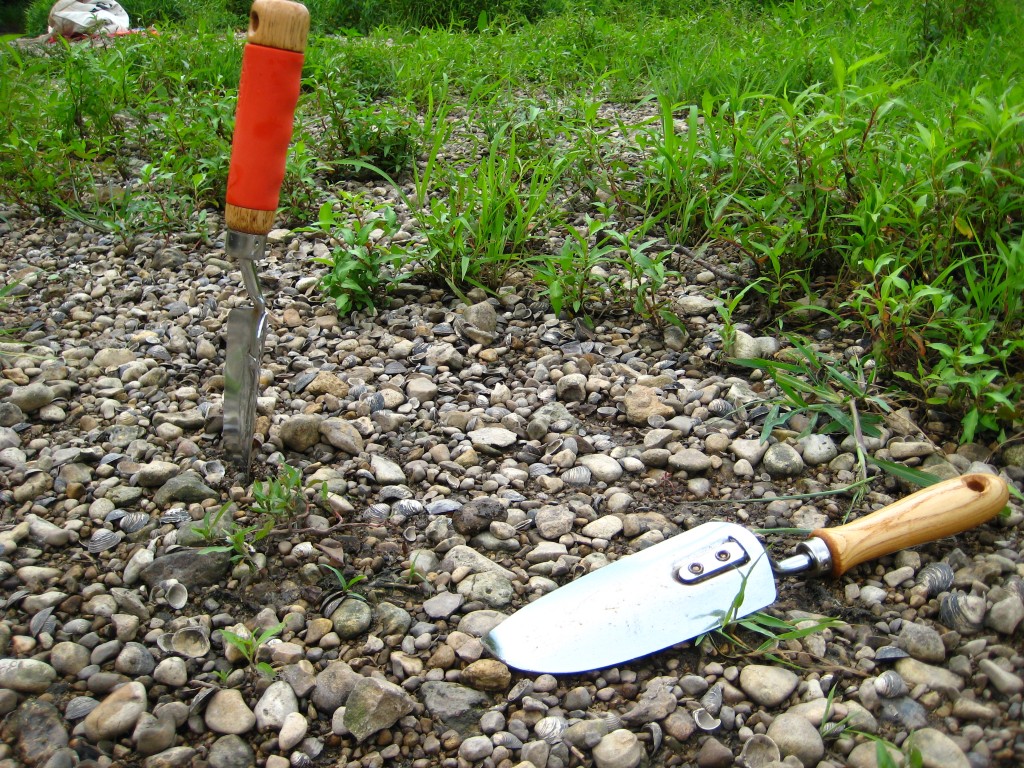 Riding high on our accomplishment, we ventured over to the second site to create another jetty, this time using trowels to shape the pebbles and shells into spiral. No, our construction methods were not complex. This project involved little research and no soul-searching. We sought no funding or permission from environmental agencies.

Upon completion of the jetty, Vivek and I reminisced about the first time we watched Smithson’s shaky, aerial shots that he recorded by plane, on view in the Museum of Contemporary Art. We recalled the dizzying vastness of the lake, and its graceful structure, and we were floored. That was when our intentions revealed themselves. We did not necessarily want to duplicate Smithson’s work; if anything, we sought to inspire in others what he had in us. Apart from that, it was a fantastic opportunity to brighten the otherwise painfully unvaried nature of the suburbs.