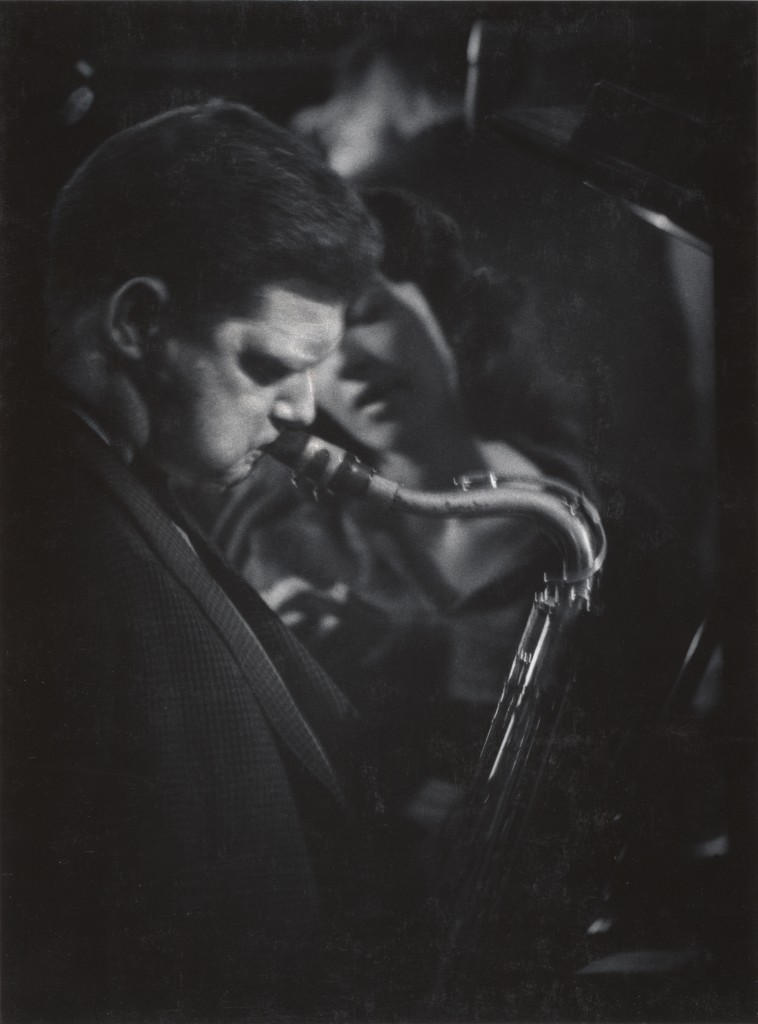 Too old for the Beat Generation’s cool, when fabled Life Magazine photographer W. Eugene Smith spiraled into midlife crisis in 1957, he left his wife and kids, beat a path to Manhattan’s Sixth Avenue, rented a seedy apartment, and drenched himself in the emerging jazz scene where he shot 4,000 photos in the ensuing eight years. The resulting images—186 of which are on display—comprise some of the most affecting products of the film-noir sensibility, casting a dark spell of harsh vibrancy over the city. Although there are dusky scenes of the jazz world galore, Smith’s most powerful photos are lonely street studies shot from above on slushy days that reflect his sense of abandonment and assertion during what he called the worst and most exciting time in his life. The many images of isolated people and knots of strangers, so small and so engulfed by their surroundings, tell the whole story. The tracks of jazz that sound through the gallery put the viewer in just the right mood of affirmative alienation that Smith felt and admirably projected into visual form. (Michael Weinstein)

Through September 19 at the Chicago Cultural Center, 78 East Washington