New York City often lures Chicago’s career-minded artists, and Los Angeles welcomes the weather-beaten, but this week it was announced that two Chicago art scenesters are leaving us for cities with smaller art populations and equally dreadful weather, so goodbye to Dominic Molon and Derek Erdman, thank you, we’ll miss you, come back soon. 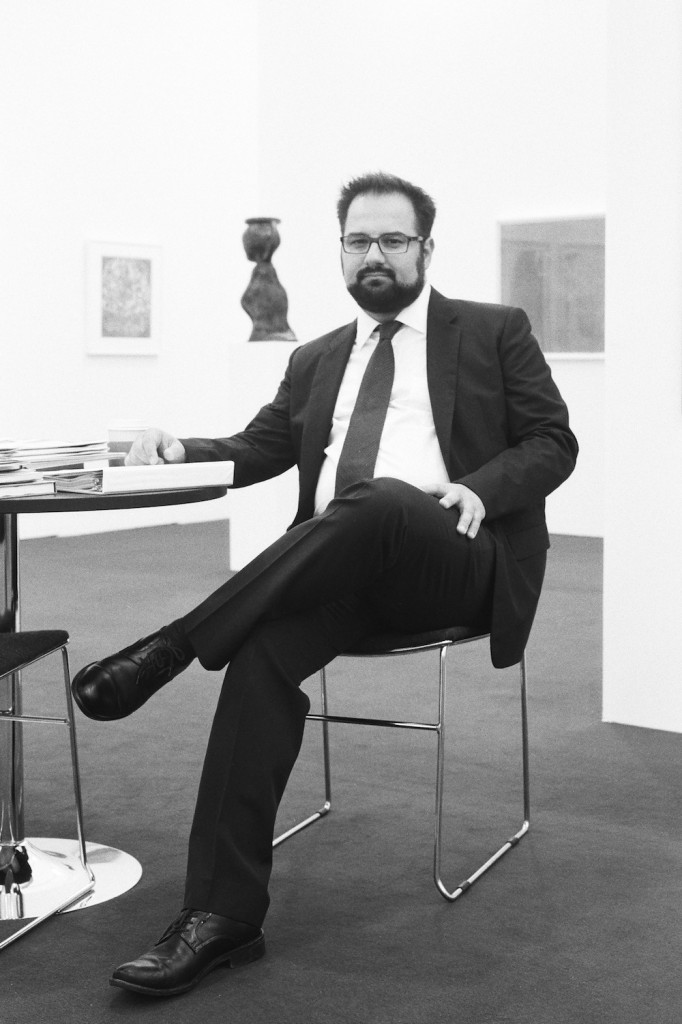 Sympathy for the Curator

Museum of Contemporary Art curator Dominic Molon announced via Facebook that he scored a job as chief curator at St. Louis’ Contemporary Art Museum. Although the MCA’s chief curator position has been vacant since last August when Elizabeth Smith resigned, the museum’s new director Madeleine Grynsztejn filled that spot with Michael Darling, formerly of the Seattle Art Museum. Three weeks after Darling arrived at the MCA in mid-July, Molon announced his departure. Is director Grynsztejn cleaning house, or is Chicago’s glass ceiling all fogged up from the mouths of the upwardly mobile?

Molon’s move is a promotion and also a shift in priorities. The St. Louis museum does not have a permanent collection, meaning they do not purchase art and do not coax donors for gifts of art, which the MCA does extensively. At the MCA, Molon curated permanent-collection shows with provocative titles (“Strange Days” in 2003, “Stalemate” in 2004 and“Trials and Terrors” in 2005). His taste for thematic exhibitions was fully realized in 2007’s “Sympathy for the Devil,” an arena-sized group show that explored the relationship between rock music and contemporary art. The exhibition was celebrated for its brazen visual rhythms, but also criticized for turning its back on local musical innovations. Indeed, Molon often looked outside of Chicago for inspiration, curating large solo exhibitions for European artists Wolfgang Tillmans, Liam Gillick and Kai Althoff, with varying degrees of success. Perhaps Gillick was too dry to connect with Chicago’s handmade community art scene, but Althoff invigorated the city’s taste for idiosyncratic figurative painting. Ultimately, Molon worked to introduce this landlocked city to an international perspective. At the St. Louis museum, Molon will likely have even more freedom to produce thematic group exhibitions.

While Molon’s interests in music and internationalism developed over the sixteen years he worked in the MCA’s curatorial department (not including his first position at the MCA as security guard, in 1989), perhaps he missed an opportunity to connect contemporary art with one of Chicago’s largest audiences—its sports fan base. Of all the contemporary art curators in Chicago, Molon is the most sports-minded, attending games often and posting soccer and baseball stats on his Facebook page. Could he have created an unlikely relationship between the city’s large art community and its mega-culture of sports? It was a risk not ventured.

Asked what he thinks his legacy in Chicago will be, Molon replied, “Hopefully as someone who brought the work of key international artists at critical points of their careers to the MCA. Also as a curator who supported the city’s artists in significant, if not always obvious ways.” According to the MCA’s website, Molon’s final Chicago exhibition will be a presentation of work by Susan Philipsz, a German sound artist. 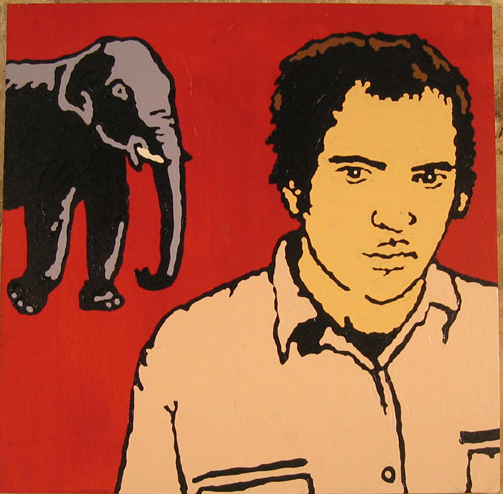 Derek Erdman's "Self Portrait with Elephant," 2006

The Future is Stupid

“The Future is Stupid,” writes Derek Erdman in his signature cartoonish script, on his website. Erdman’s future is taking him to Seattle, after spending fourteen years creating art in Chicago. Asked why he’s moving, and if he’ll continue his art practice in Seattle, Erdman answered, “I have no idea what I’ll be doing there exactly.” He is a pretty funny guy.

While in Chicago, Erdman seemed to be both everywhere and nowhere—his name always on the lips of artists but his art rarely exhibited in galleries or the usual art centers. His art is typified by an illustrational drawing style in black lines and flat, bright colors, as if Warhol used Microsoft Paint circa 1993. This is fitting for Erdman’s often silly and snappy portraits of friends, celebrities, owls, cats, hamburgers, the Marina Towers and Cabrini Green and ice cream, all rendered like dream-warped yearbook photos. Indeed, Erdman’s art is generational specific, especially for 1980s culture, and is appropriately colored in retro hues.

Erdman’s output is prolific—he really does make a ton of art—so his retrospective exhibition, curated by artist Angeline Gragasin and to be held at High Concept Laboratories, will include all of his unsold art. “I am taking none of my own things to Seattle, all of it will be sold or I will put it in the garbage,” he says, predicting about one-thousand artworks for sale at the show. Erdman says, “There will be a number of paintings for $6 and hot dogs and gummi bears.”

“Without Wax: 14 Years of Derek Erdman in Chicago” opens August 14, 6pm-11pm, and runs through August 22 by appointment, at High Concept Laboratories, RSVP for location to derek@nationalheadquarters.org