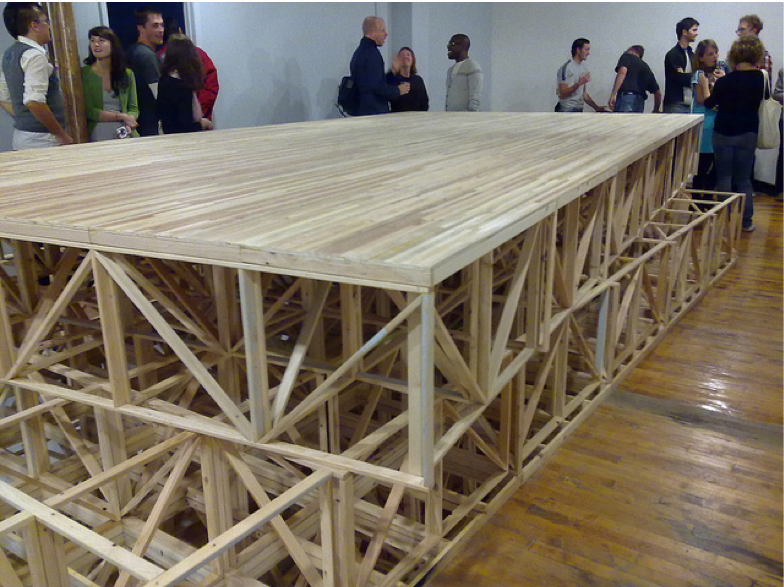 Viewers familiar with Kelly Kaczynski’s work might recall how previous segments of her ongoing conceptual play, “Olympus Manger,” span years and various venues, and invited guests to involve themselves in the works, becoming participants in actions that blurred the lines between performance, landscape and artwork. Walking around the stacked stages that fill Three Walls, however, it is difficult for the audience to know their role in Kaczynski’s latest installation, “The Stagehand’s Unseen.” Though created from the remnants of prior installations, this new stage asks nothing of its audience—rather, it fills the gallery with intimidating largesse, lopsidedly angling so as to force viewers to a distance. Those who edge close enough will find their own reflections peering back at them, inciting questions over where, exactly, the stagehands are and who, if not the audience, will be performing? 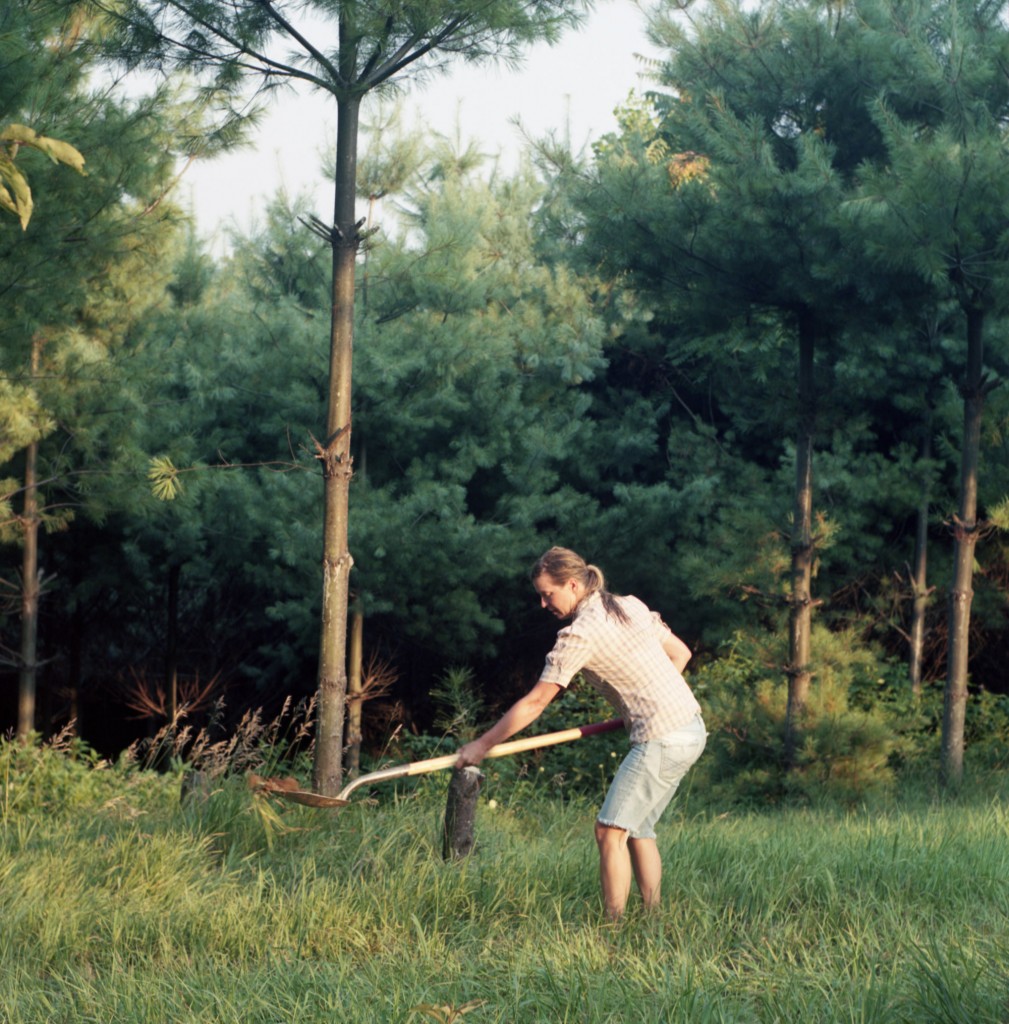 Away from the stage hang a number of photographs of figures frozen in action, digging holes in a forest, without expression. Accenting these images is a single looped video of an individual laboring over the same endeavor. Here, Kaczynski’s conflicted themes begin to emerge: performer versus viewer; nature versus urban; one versus many; action versus stasis. Questions bubble to the surface. Here, echoes of prior action envelop the viewer, yet as viewers they are relatively actionless, unable to physically engage in the elements before them. Perhaps if this was a performance, viewers could comprehend their place, but then who might they consider the performers? Are they the characters captured in the still photographs, forever engaged in Sisyphean endeavors against nature? Or the miniature mountains, inversions of the digger’s products, caged in glass boxes in the gallery? Perhaps the performer is the stage itself, resurrected and reconfigured, awaiting direction for its next role. Fraught with puzzles which challenge and engage, “The Stagehand’s Unseen” spins the viewer through multiple, contradictory possibilities, drawing them in where they stay, waiting for the show to begin. (Jaime Calder)