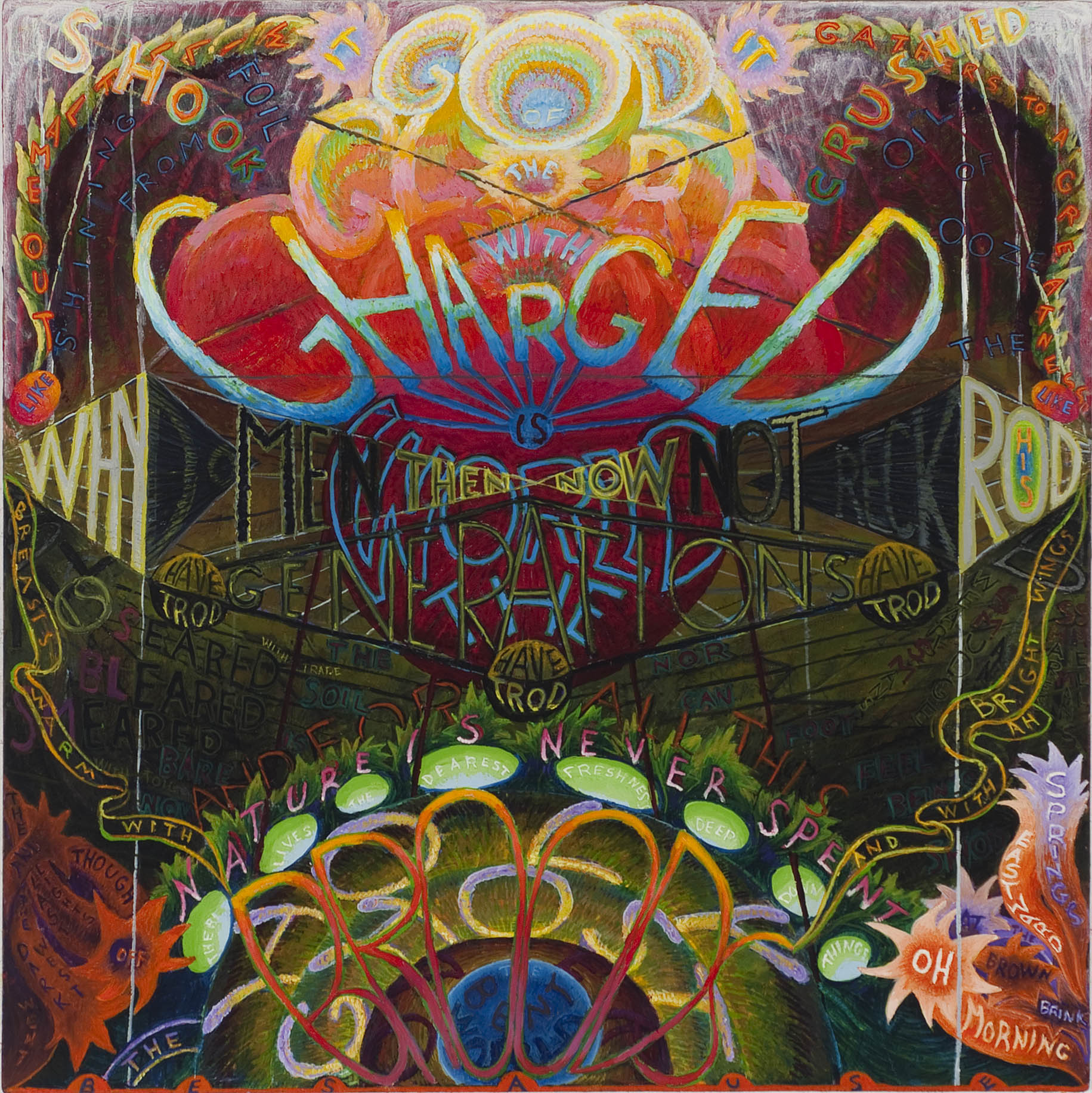 Like his friends and colleagues among The False Image and the Hairy Who, Philip Hanson appropriated the formal strategies and saturated colors of comic books, circus posters and signage, among other popular forms, during the sixties. While Imagists like Jim Nutt, Christina Ramberg and Karl Wirsum distorted the human figure to produce psychosexual images and psychosocial critiques, Hanson became interested in a landscape of words. He started with what he calls “aphoristic sequences” and then moved on to entire poems. His current exhibition at Corbett vs. Dempsey of fifty-nine oil paintings and drawings reference well-known works like Shakespeare’s sonnets and the short poems of Emily Dickinson and Gerard Manley Hopkins.

Hanson creates vibrant pictorial space using the words of poems by transposing the formal qualities of language, like tone, color, rhythm and sound, into the elements of painting. It’s an exciting alchemical process combining analytical, symphonic and diagrammatic arrangements enriched by elaboration and improvisation. Hanson studied poetry at the University of Chicago and was impressed by the strategies of the New Criticism popular at the time, called “close reading,” which rigorously examined the interconnections between words and images in literature. Trips to Europe where he was impressed by the “grand sequences of rooms” of palaces and museums and the phantasmagorical work of Adolf Wolfli, who was institutionalized in a hospital for the insane, enriched Hanson’s spatial and formal vocabulary. Fortunately, the Imagists and Hanson were supported in the sixties and seventies by the NEA, foundations, the at-that-time-emergent MCA and galleries like Phyllis Kind, which began in Chicago and moved to New York. 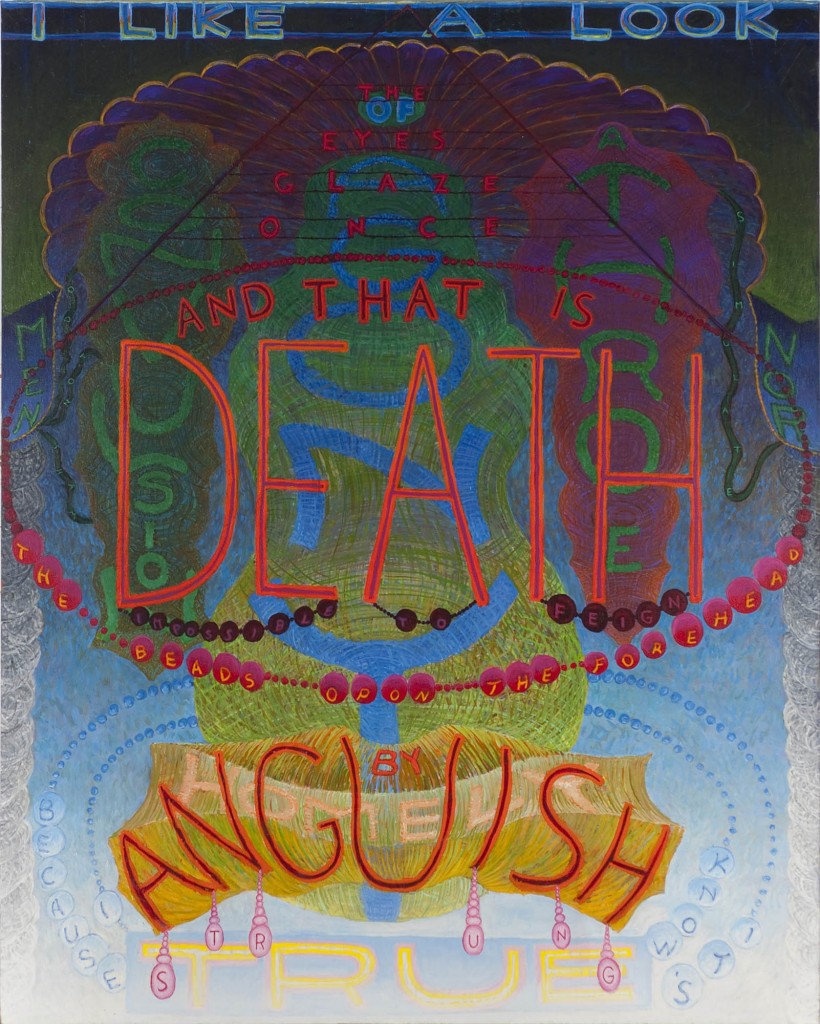 When I visited the exhibition, Hanson and the gallerist were chatting about the tension in the new work between what Corbett calls a kind of “hucksterism” that attracts the viewer to the painting, where she might expect a “quick read,” but will end up lingering, following the words, which have been divested of the constraints of linear order, through deep ambiguous spaces and layers of marks. Words like “death,” “anguish” and “disgrace” are illuminated like neon signs or gates to the poem’s mysterious inner depths. Hanson “creates a space, attempts to understand it and then clarifies it” as he paints. These spaces may be architectural or organic, the blazing colors and endlessly inventive forms often follow the trajectory of the poem, from darkness to the light of some emotional or spiritual truth.

Hanson, who taught for many years at the School of the Art Institute of Chicago, is genial, articulate and dedicated to Chicago. He talked about his enjoyment of the beauty of the urban landscape along Damen Avenue as he rides the bus to his studio early in the morning and the visual parallels between the giant Renaissance head in the Boboli Gardens in Florence to the multi-storied head of the sultan at the now-lost Riverview Park to the Daley Center Picasso. Farther afield are visual rhymes between a Romanesque archway and the subtle diagrams of a mandala. Although his work is complex and clearly informed by the long view of an educated and curious man who has been painting for over forty years, there is a high level of coherence in Hanson’s themes and motifs, so we may or may not recognize these eclectic influences in the work: “Not everything you put in is what you get out.” Still, there is a dizzying amount of scintillating new work. (Janina Ciezadlo)