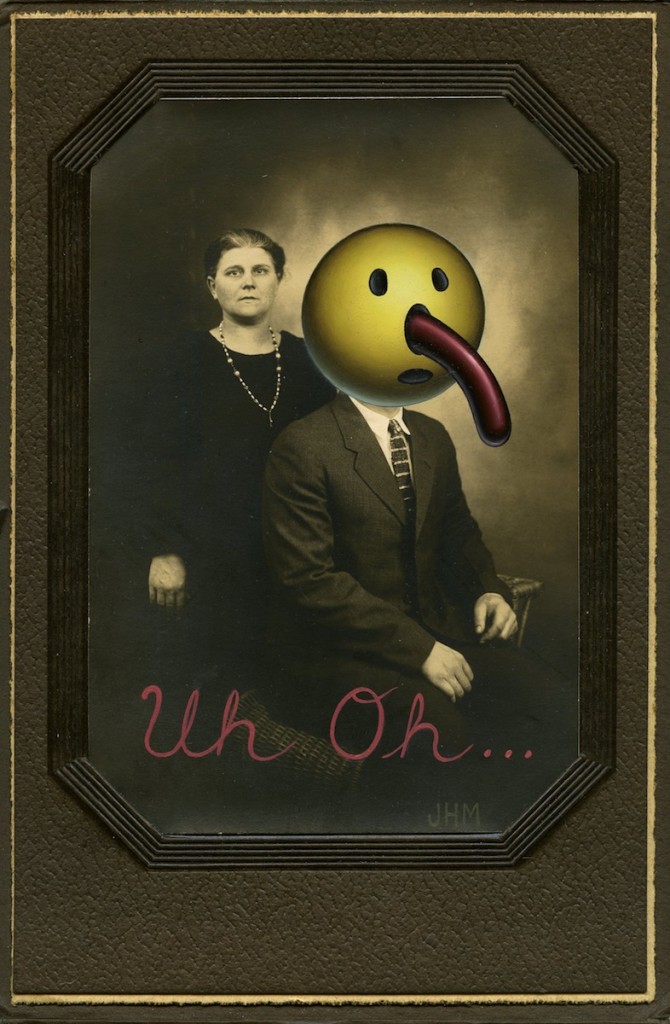 In a genial and nitty-gritty cascade of absurdist humor, Justin Henry Miller appropriates vintage family and individual black-and-white photographic portraits from times way gone by and then applies his paintbrush to render the subjects hilarious by endowing them with fanciful headgear or grotesque faces, like a father, whose head is an ominous skull, presiding over his wife and three little children. Nothing tops Miller’s photo-work, “Uh Oh,” in which a portly and deadly serious matron stands behind her husband, whose head has been replaced by a golden globe with cut-out eyes and a distressed and bewildered vacant mouth, and whose nose has been transmuted into a long pathetic drooping sausage. Somewhere between a P.T. Barnum freak show and a reflection on the emptiness of seriousness, Miller’s gallery of the ridiculous is poised to ignite the laughter that attends the recognition of the vanity and irony of all things temporal, or simply to bring us back to the days when we were in grade school and drew moustaches and eye glasses on pictures to while away the boredom. (Michael Weinstein)